It was peaceful in the chrysalis gardens in the quiet of the night... 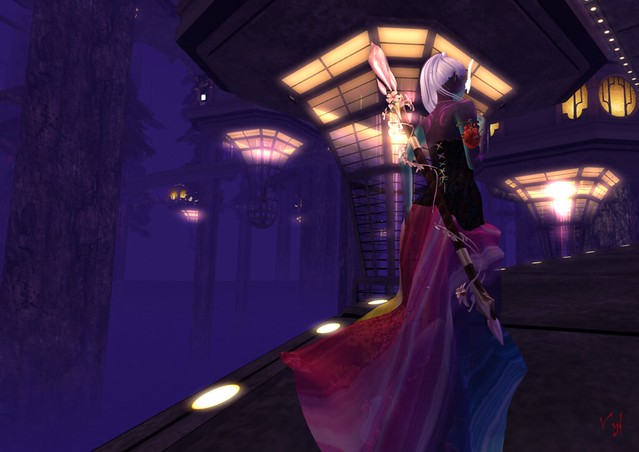 It could be mistaken, by a casual observer, to be too quiet. Especially should that casual observer have read far too many mystery novels lately, and there had been such, lurking around the gateways, tapping lightly, in varying rhythms on the wooden walkways. More people than ever seemed to be out in the night, looking for something. The regular soundtrack of the gloaming continued, the soft footfall and swish of silk adding familiarity and depth to each novel tap, rattle and voice. 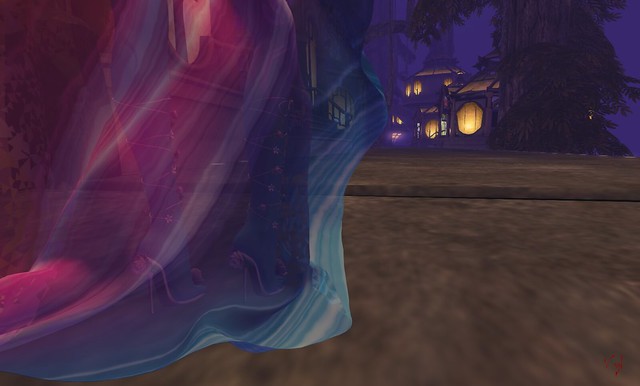 Each step sent familiar vibrations through the trees, the soft scent of flowers spreading, carried on each drift of the warming air. In these gardens, flowers were not the focus, being neither planted nor tended. High on walkways strung between ancient boughs, such scents came only from the gardeners themselves. An odd garden, where nights were often warmer than the day. 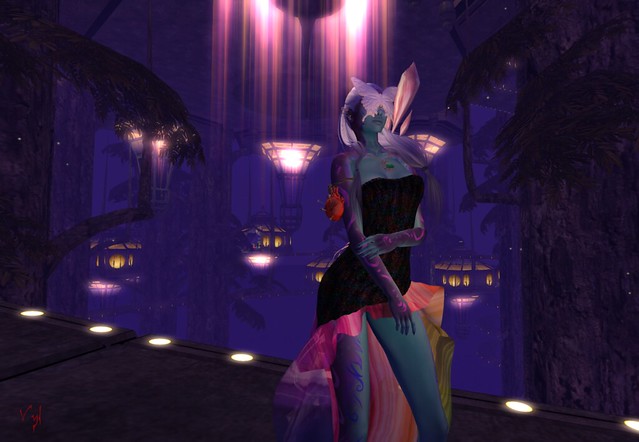 This was a place where nature's magic was distilled. Existing almost everywhere, often beaten back by the regulation of concrete and brick, nature flowed like a river. Rivers ran to places such as this. Here, in the world of instars and metamorphoses, change was possible like nowhere else. Light dripped, caught in strands hanging on the air like thread. The most delicate silk turned to armour stronger than steel. Life shifted, changing form so completely that none who hadn't seen it would ever truly believe it was possible, believing instead it to be some clever trick, an act of misdirection. 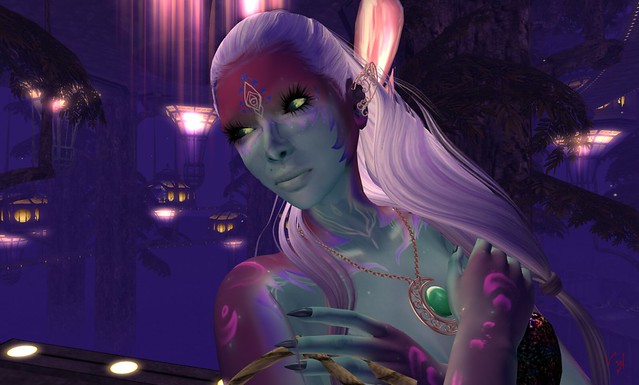 Wings fluttered, drying in the ever swirling currents of air warmed by their fellows still dancing and fighting free of their protective homes. The chrysalis gardens shimmered, reflected in millions of compound eyes.
The Chrysalis Gardens is just one of the beautiful SIMs making up The Fantasy Faire 2022. It's as dreamy and magical as it looks here, and of course, there are shops aplenty where you can buy amazing items, including those available at each store where 100% of the purchase price is donated directly to Relay for Life, benefitting the American Cancer Society.
All items listed below are 100% donation to Relay for Life.

Dress:  Thimblewytch ~SWD~ Colors of Cancer Gown
The Hunros Mine