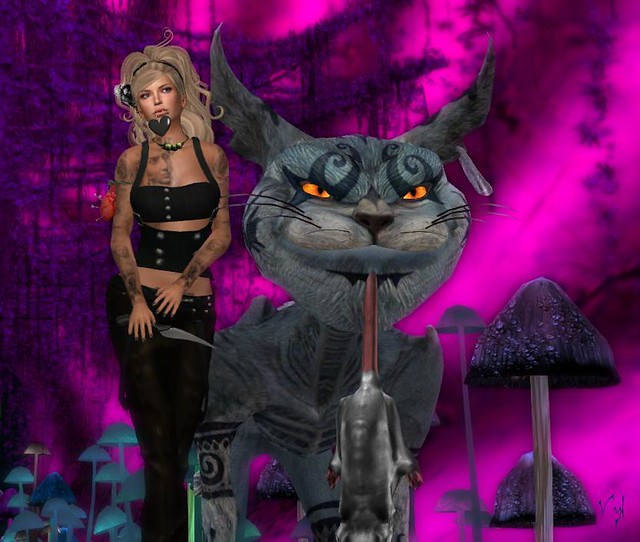 Alice had long been told she was mad. "After all, we are all Mad here..." The Hatter's saying may as well have been the National Anthem of Wonderland, if people there could put aside their contrariness and concentrate for long enough to make such a decision. 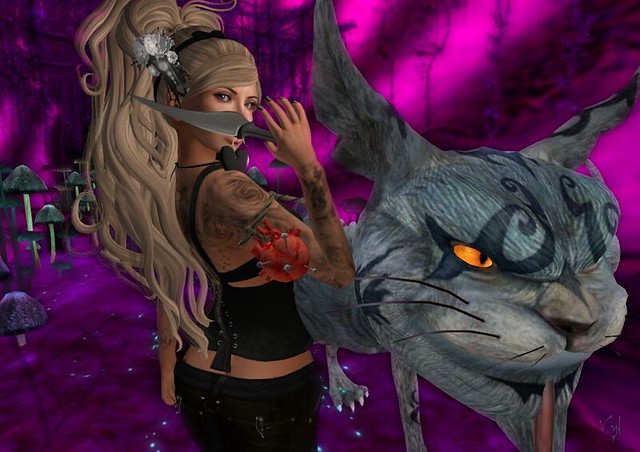 That, of course, was about as likely as the caterpillar putting aside his pipe, or the dormouse staying dry. This was not to say that nothing ever changed there, no. Alice's reputation as 'Mad' had been confirmed for many by her rebellion against the Queen of hearts. Was it mad to stand up against tyranny? Alice couldn't think so. 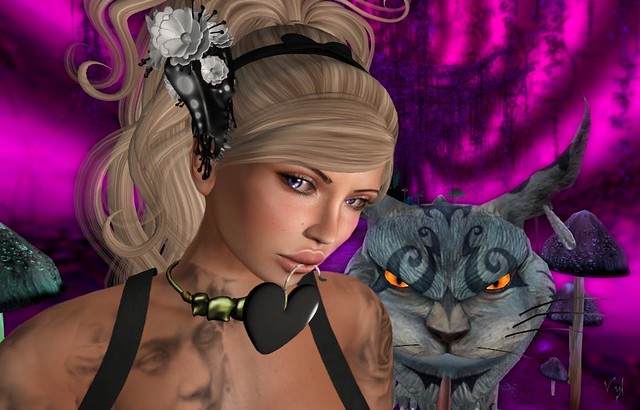 It could feel like a never ending task, visiting friends and strangers; letting them know the reign of the Queen was at an end, along with all of her inexplicable rules. There would always be those not accepting of change, and then further battles would follow. If they called her mad for making a change, or mad for expecting them to change along with her she didn't mind. With her Cheshire she would walk the new Wonderland, setting minds and hearts free.

First post of items from The Fantasy Gacha Carnival in November. The theme this month is MMORPG Battlefield, and there are, as ever, items from the wonderful designers to suit all tastes and RP styles. I've tried hard this month to stick to advice of others who play the gachas, try three times, if you didn't get the item or the colour you were after, c'est la vie. Move on. I say I tried. I didn't always succeed... Still, gachas being gachas, that just means I had some very lucky friends who got my duplicates!