It had started months ago. Long before that infact...
She had been waiting, watching, planning. 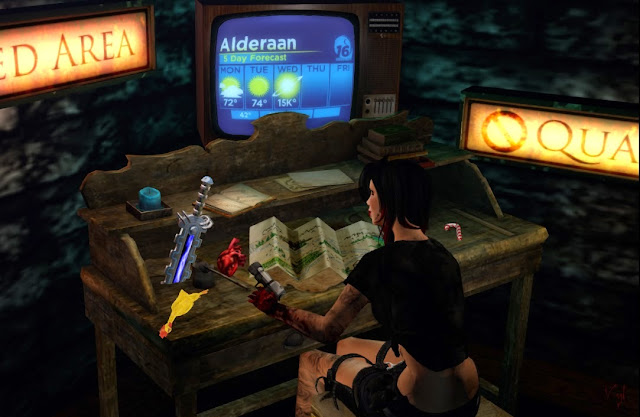 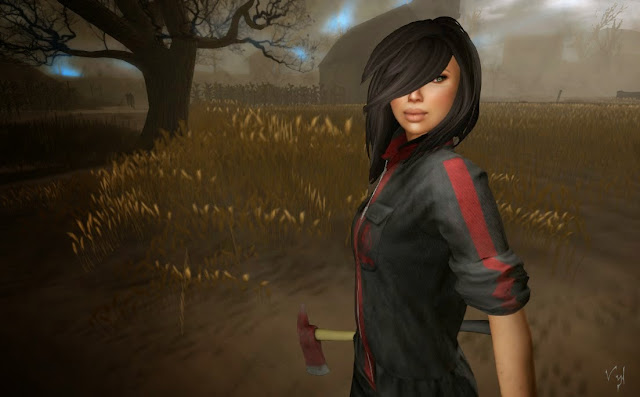 She hadn't been in the town long. The people she had met had been... strange. One an alcoholic drinking away his lunch hour had thrown an empty bottle at her as she asked for assistance. Emily had fared a little better at the diner, the cherry pie, while delicious couldn't quite make up for the disconcerting gaze of the waitress and cop, both stood as though they had nothing better to do, even after she told her tale of the wreck along the highway. She had stopped by a store, she remembered that much, and little else thereafter. When next she awoke, voices not her own swirled through her head, calling out, calling for help, calling Unia, Unia, Unia. Only as she picked herself up, dressed in coveralls emblazoned with the word which filled her mind, and looked out upon the strange landscape of corn, and nightmares did she realise. What she had sought had found her at last. Now all she had to do, was survive it. 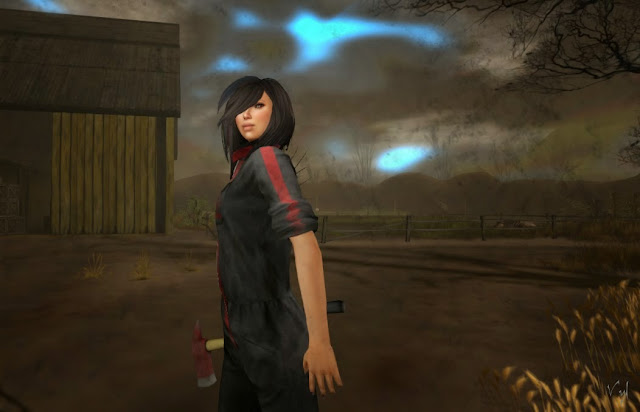 Ooooooh Yeah!
2 years in the making of the Madpeas' maddest minds - finally, here for your enjoyment and terror, is Unia.
An immersive game, more deadly than any which have come before! The first image here was my entry to the 'Are you ready for Unia?" photo competition run by Madpeas *beams* Which I won! *beams more*
The prize I received was a Gold Pass (tapping in to many a charlie and the chocolate factory dreams) for Unia. The game is playable with three different levels of pass:
Bronze : L$ 400 - With this you get an orange jumpsuit, the Unia HUD, and Shield.
Silver : L$ 750 - With this you get a while jumpsuit, the Unia HUD, double Shield and a Silver lockpick which allows access in game to a silver crate of goodies to boost your chance of survival.
Gold : L$ 1000 - With this you get all of the above, plus the black jumpsuit pictured, triple Shield and a Gold lockpick, allowing access in game to a gold crate of awesome, almost guaranteed to help you survive... for a while at least.
Unia

The lovely skin in the second two pictures is from DS'Elles, available at the @1st event.
Clara - in Colorado tone, is one of four tones in which this pretty natural skin is available. Each skin comes with five colour brow options, here shown in brown. Also included are a black hairbase, tattoo layer mole add on, and alpha masks to hide system lashes, and ears, if that's your thing! The skin is available for L$800.
The @1st event runs at Rue a' la page, and runs from 1st - 25th each month.
@1st

(Flickr is not currently allowing successful uploads of images - will update asap! Hopefully that will be before I stop whispering Unia to myself in a super creepy mimic of the game...)
Posted by Vyl at 4:50 PM