It was all going swimmingly... Fantasy Faire 2016 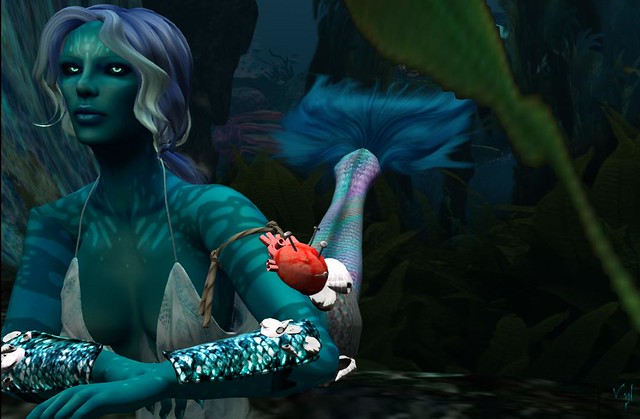 Adrienne had had it. Had it up to the gills. It had started slowly, centuries earlier, or so the tales caved into the sacred story rocks told. A new shadow on the surface, on the barrier between their world, and the dry suffocating world above. A new creature, that's all. So they had thought. 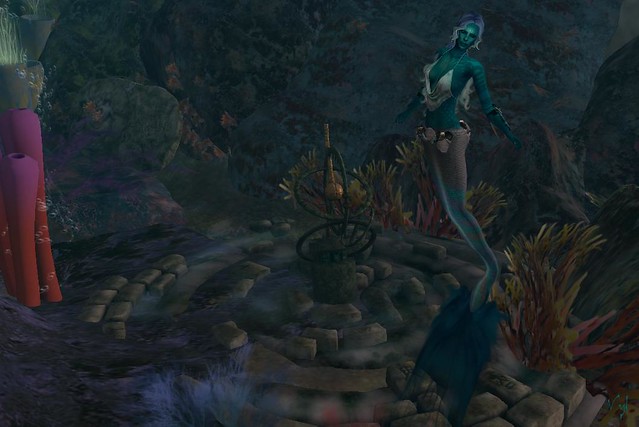 It was carved, it had become part of their history. Just a new creature, a new predator. One day there would be no fish, where there had been fish before. Another, there would be a slick of blood and oil marring the surface; bones cracked and burned fell through the water to pile on sands. No predator hunted so indiscriminately, none took so much, sweeping vast swathes of the sea clear. 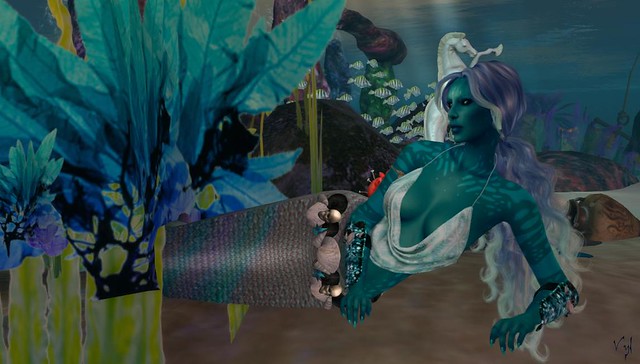 This night she would rest. They all would. They needed to. Come the morning, with the turn of the tide, the seas would change. Shoals of fish swept away would reform. Bones had always carpeted the deep. The clog of plastic, however, was stifling the ocean. The world above had contaminated the seas for too long. Tomorrow they were going to give it all back. The stones would be carved anew.