Hunted by a Pumpkin

Perdita went on a walk in the evening. Nobody knew how she was able to see with her strange eyes. 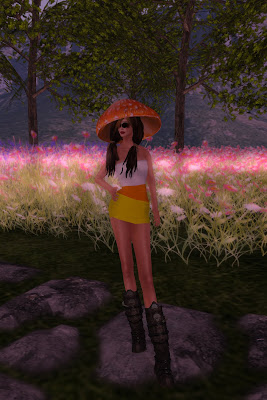 But somehow she managed to see the scarecrow on the other side of the meadow. She only wondered why it was there but forgot it then. 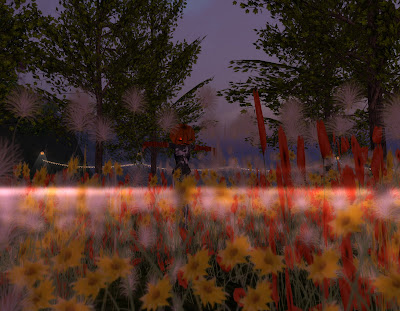 Until the moment the pumpkin being started to move. 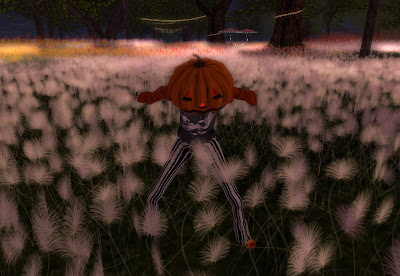 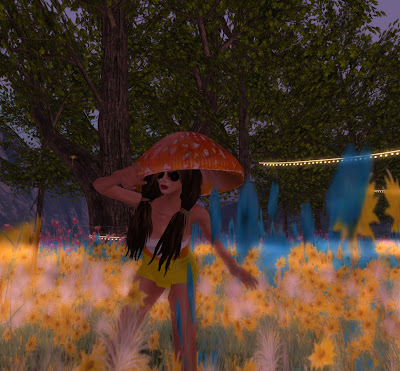 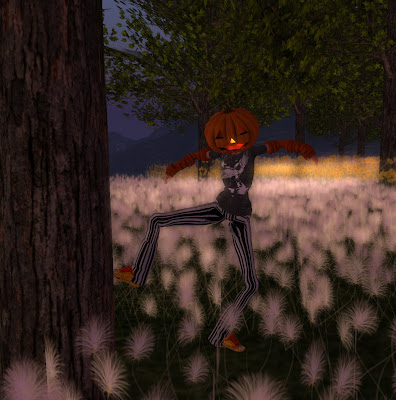 When running away Perdita lost her hat. 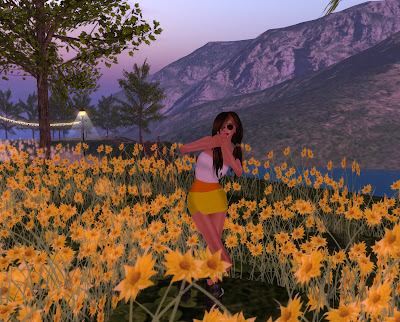 The pumpkin started to dance on it. So she had the time to escape. 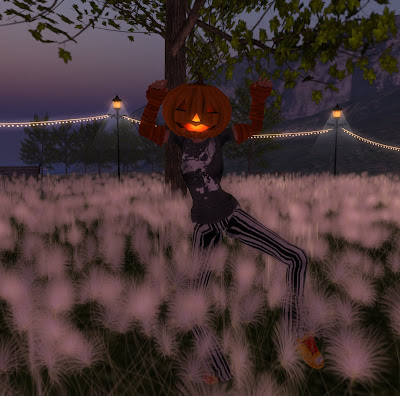 The poses and the outfits (except the striped trousers) are items from For the Love of Halloween. For the Love of Halloween will start today at 4 PM SLT. This is kind of a fair where also a minihunt is taking place. The sim looks really cool and has a big squid named "Tobi" in the middle. Some great stores take part in this event. For example "No Strings Attached", "Acid and Mala" and "It's Cake". The poses on the pictures above are all from "No Strings Attached". The pumpkinhead with the included poses is the exclusive item from that store. That means it will be sold for 100 Lindens during for the love of halloween. The other poses are in the minihunt. 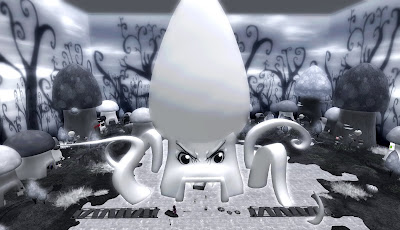 Here some more items which are either exclusive items or in the minihunt. First is the exclusive item from Sweet Antidote. Its a orange black short dress with a lovely bow and a nice cut. The second is a shirt from Babycakes. The orange armwarmers are from Acid & Mala and somehow i do not want to take them off. The mushroom hat the the long hair is from Mina. The pumpkin head comes from No Strings Attached. It has 5 inbuilt poses and the idea to make something like that is just brilliant. People who love and know the Sandman books by Neil Gaiman might be reminded on Mervyn. Thats what went into my mind when seeing this pumpkin head. The grey shirt comes from name pending. The grey longshirt which isn t dirty is the item from Medley. I like the cut very much. And the outfit on the right side is well very hot and short. Its great that it is a huntitem. And i like the idea and it comes from Shush. The sneakers from Malfean Visions are very cute and i think they fit both genders. The button eyes from Battered, Bruised & Broken remind me on Coraline, an other Neil Gaiman book. 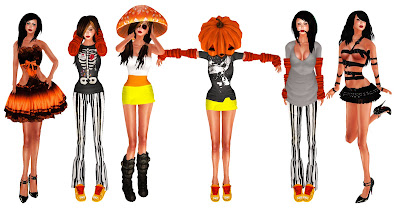 As these items are all available at For the Love of Halloween i did not post any landmarks. The event will start in one hour.
Posted by Dagmar Haiku at 2:32 PM