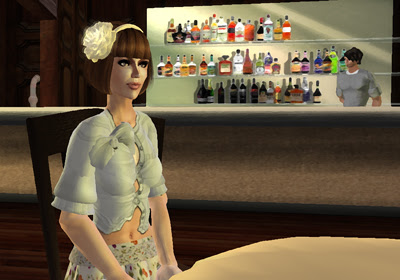 He is the owner of the Restaurant, a chef of the highest esteem. His passion is in his creativity,and whilst his good looks have brought him many female admirers he has never taken a wife,he is married to his art, for it has been his lifes work.
He doesn't have time for distractions like women! but today he is distracted by a woman,a woman that has been frequenting his restaurant quite regularly , although he never noticed before. What made him notice today? she wasn't paying attention to him, not in the least , not like most of women that came to his Restaurant and ceaselessly flirted to no avail, but still he noticed her as she was gazing from the window seemingly deep in thought....just for a few moments he noticed and then he continued with his daily regime.
She was an artist, a bohemian of sorts, carefree with no need for the trappings of modern society or the need for material gain. Paris was just another place to which she had wandered and intended to capture the essence of before wandering on to the next place. She was charmed by the Restaurant , and not for it's handsome owner but today she was admiring the beauty of the honeysuckle that sat outside the window where she sat, it's sweet aroma filling her nostrils. Quite out of nowhere she became distracted, for no known reason it felt as if someone had invaded her thoughts and were trying to steal them for their own....then the feeling was gone and she continued with her day. 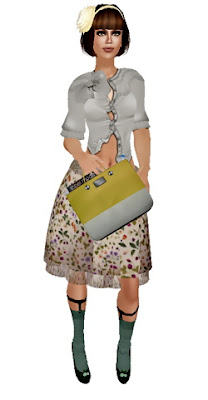