Staring out of big dragon eyes after having been captured. At least they did not ask for dancing to filmmusic from Disney. But she was used way better clothing. 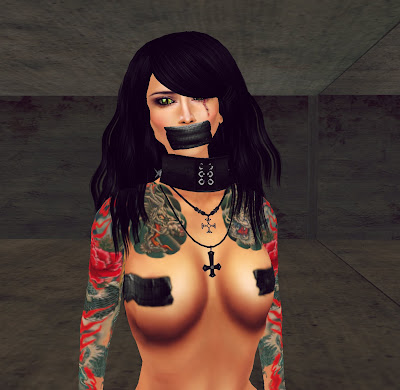 When seeing the Duct tape set from League i needed to have it. Its pretty cool in my opinion. The set contains three versions of duct tape to cover the upper bits and also three different ones for the lower bits. Also included is some ducttape for the mouth. Its a prim part. The collar comes from Virtual/Insanity. Its one of the prettiest collars i ever have seen in my opinion. It has two inbuild necklaces and looks like being made of a material with a nice feeling surface. Virtual/Insanity also takes part in some hunts today and is definitly worth a visit. 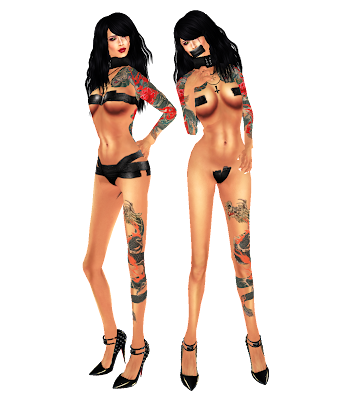