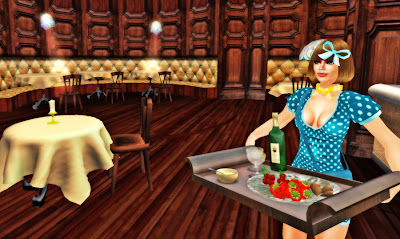 She had been horrified at the thought of wearing stolen goods, and immediately reported the matter to the police. It was to be an extensive investigation, which meant that she was forbidden to leave Paris until the thief was caught, as she too was a suspect in the crime.

Gascon knew that she had no part in the theft, as the family heirlooms had gone missing a year before she arrived. With dwindling funds and no work on the horizon, Gascon kindly offered her work at the Restaurant, and a small room to rent, until the investigation was over.

She was grateful for this generosity , and worked hard and long hours. Her hard work had been noted, and earned her the respect of her co-workers, the customers seemed to take to her too, they adored to hear the stories of her travels She relished her new position, for the first time in her life, she felt part of something. She'd always been more than happy to be a free spirit, but had somehow always felt an observer of other people's lives, someone on the outside looking in., but here she felt like she was on the inside and she liked that feeling.

She felt mixed emotions, as the investigation reached  it's conclusion. Relief that she was no longer a suspect, and that the jewels were able to be returned to their rightful owner, sadness at knowing that the arrangement that she had at the restaurant must now come to an end, and shock at who was involved in the crime.

It turned out that the thief was a woman by the name of Petunia Pooley. She was a dancer at Le Moulin Rouge next door who had taken quite a shine to Gascon, they had become friends , but she had mistaken his attention. One evening she had slipped into Gascons bedroom, and prepared to seduce him. He was quite shocked by her brazen approach , and ordered her out of his room. It was this humiliation that made her seek her revenge, but that was only the start of it...... 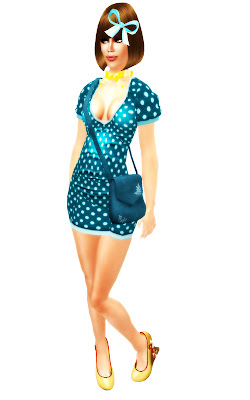 Posted by Fauna Moonwall at 4:03 AM