Its that time again... the self proclaimed hardest hunt in SL has returned, spreading another layer of insanity on those who attempt it, this time with a dark blue glaze of crazy.  DV8 have stepped back from SL, it's truly odd to start Twisted anywhere other than their headquarters, but those who have taken over the reins have done an outstanding job. 194 stops (with very few drop outs). No hints other than those you ask for in group chat. Decoys galore (well, 10 visible anyway... beware derendering or wireframe - you may be blinded by the unlimited decoys hidden in walls, floors, objects...) That's all before the the nightmarish endgame, complete with mindbending riddles. So put your tin foil hat on, and get involved!  Here's a selection of my favourite finds. 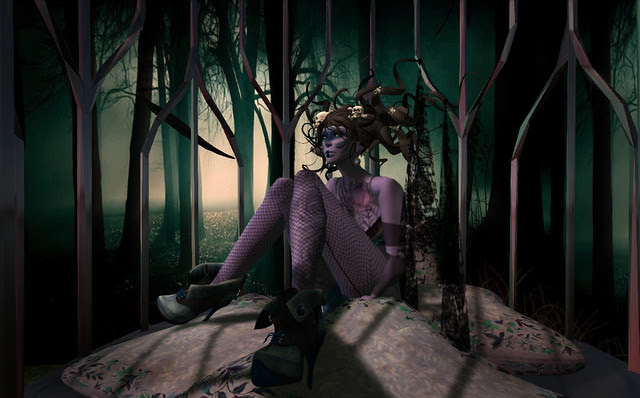 Irena could only sit and wait in her cage until the hour ticked to midnight. Some called it the witching hour, and at some times of the year, indeed it was. But not now. Not this month. When the lock clicked open, she would be free to cause mayhem. Running through the forest she would aim for those whose twisted minds called her, dancing through their stores and businesses, hiding their wares. Upturning potplants, sticking furniture to ceilings and rehanging artwork upside down. Where she could, the pulled at the threads of the stores themselves, daubing them in her colours, covering every surface with her design. She focused on the lock, twirling her hair around and around, tightening the twists as the clock ticked, the door sprang open. Jumping out into the night, her skirts billowing around her, it was time to cause some trouble... 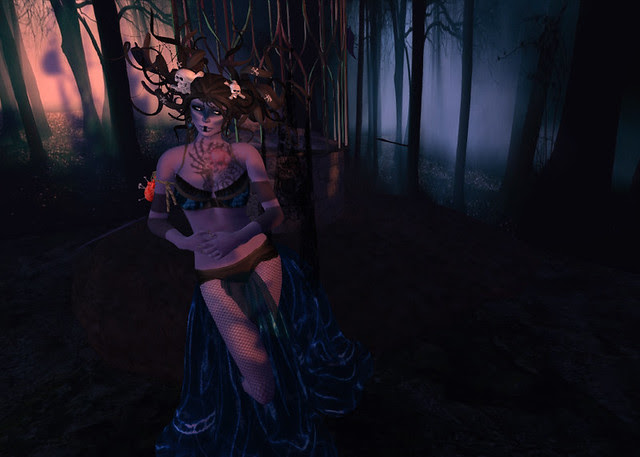 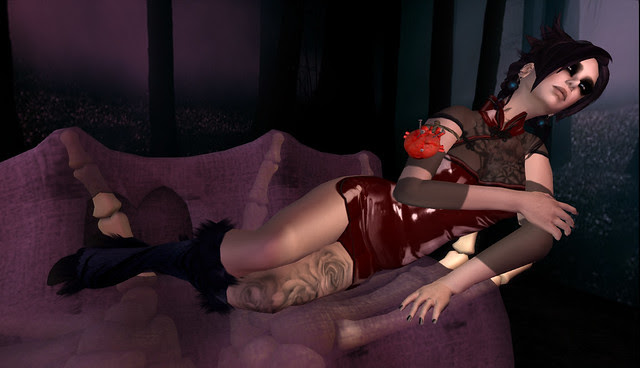 Mirabella had had a long night. Following shoppers and hunters around for hours, clip clopping her hooves on tile and carpet to add to their confusion as they searched for the little boxes. Light reflected from the shiny latex of her dress, dappling walls with shifting shadows and highlights. While her eyes were hooded with  varying shades of darkness, her mischievous eyes glowed bright with the blue of the boxes these people hunted so assiduously. Their grumblings about the difficulty of their hunt, the twisted genius of each hiding place, the curses and oathes were music to her ears. It was a long and winding path they had to wander, and she was tired. There would be time enough the next night to annoy and befuddle others. Settling back on the large skeletal hands that made up her comfiest sofa she yawned, and relaxed into the moonlight. 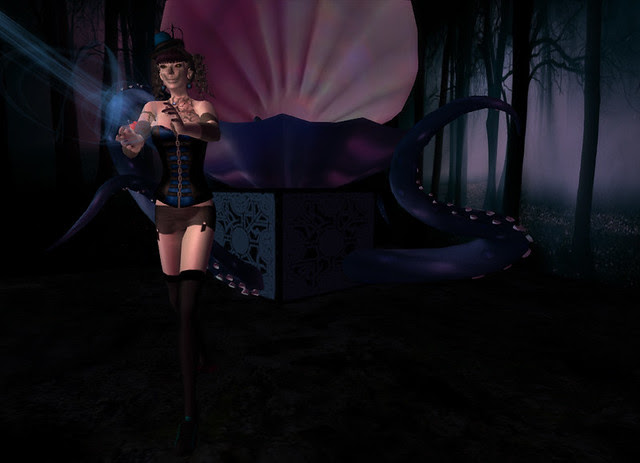 Eight was who she was. She was the spirit who condensed in the air with the birth of each new contingent of boxes. She had her counterparts, there was a male who tread the same insane steps as her, and they had been joined by a third, the tiny feet of the petite spirit running along streams of consciousness. Born of the darkness they played with beams of light, shining hope into dark corners, only to twist and shift it away as anyone approached, cackling insanely all the while. Like Venus from her shell she emerged each night, tentacles protecting her while she slept, the blue box recharging her energies. Rising and stepping quietly out, her hands came together, the swirling tendrils of glowing insanity forming between her fingers, stretching out to light her way, leading her on toward those minds still whole, at least, for now... 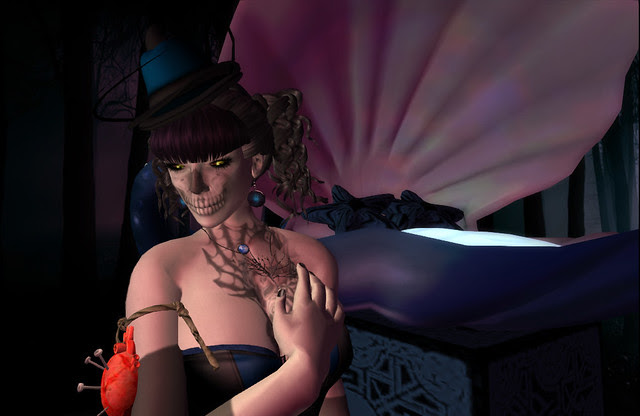