The borders of heaven and hell were a strange place. These two worlds touched all the time, but only fleetingly. The briefest kiss. Darkness and light, neither could exist without the other, but they could never be in the same place either, and that made things difficult for those trapped in each realm. 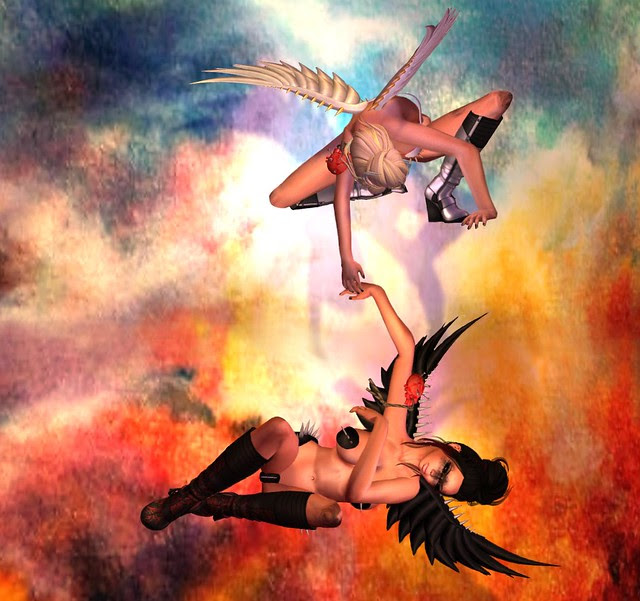 Eiael was from the realm above and the shadow of her heart, Eurynome, from the realm below. Dark eyes had met light aeons ago in the early times of wars between those in the light, and those who had tumbled into darkness. Neither had stepped foot in the world of the other, they would meet during battles on the plane of forgetting, crossing rivers without name on mounts of shadow and dazzling light. Wings would carry them above the melee, above the masses of those at war, above the pooling blood of each side, mixing and melding in the dust from which man was created. 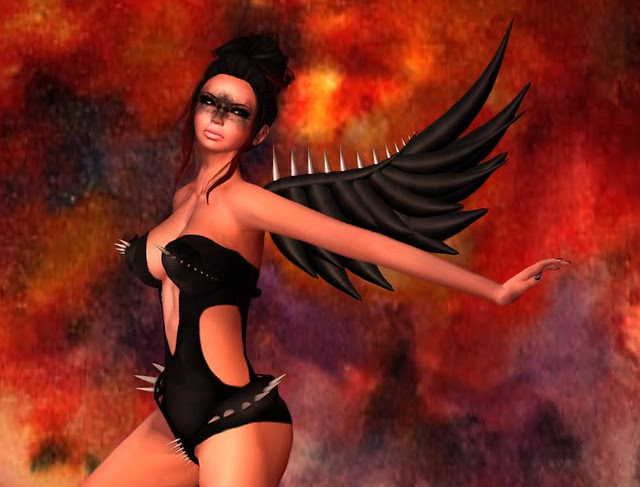 Such battles were now rare, the dust lay still. Each side knew the strengths and weaknesses of the other, and saw no point in wasted effort. Away from the cries and ululations of war, in the peace, they could only hope to meet at these rare crossings. Fingertips touching across the border, across the void. A distance both infinitesimal and wide beyond measure, where only true love could reach. 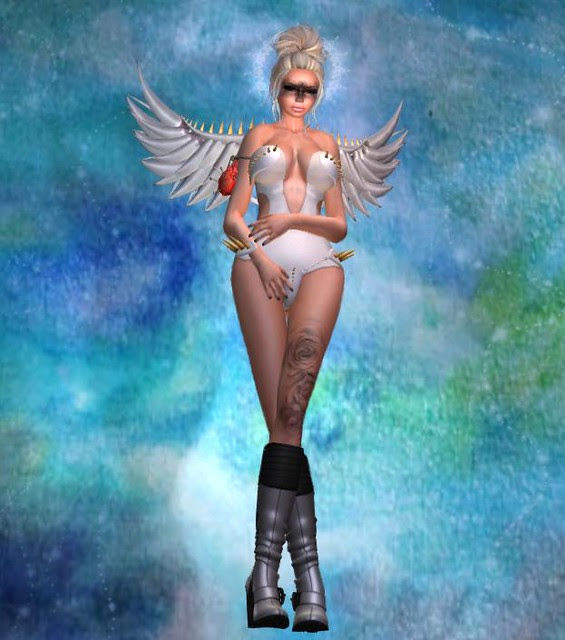 Soon enough, the realms would drift apart, Eurynome and Eiael would go back to their own. The earth and all those on it would be between them again. Time would pass, and they would wait. 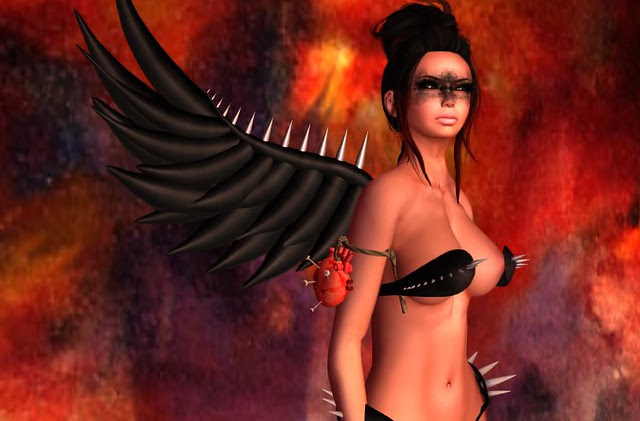 For each there was only the other. They would wait, and they would watch. One looking up, the other down, until the shifting of the worlds brought them back together again. 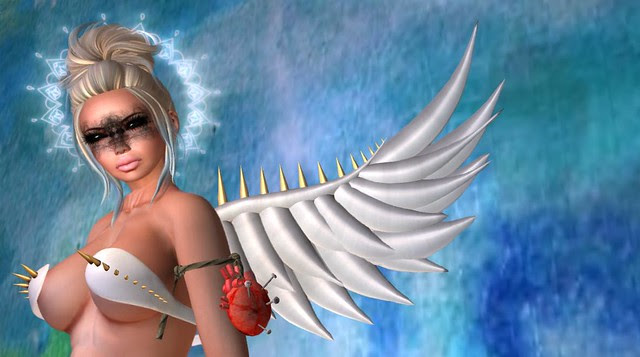 These outfits from Lazybones were another find for me at the Depraved Nation Block 100 event.
So different from the other 'street clothes' I'd bought there, these were worth a post all of their own. Lazybones Anna's Secret (White) and Lazybones Nina's Secret (Black) are fantastic Angelic / Demonic whichever takes your fancy outfits, a step outside the norm with spikes in silver or gold - both black and white options have both metal choices. Appliers for your Lola's mesh bewbs are also included, and the attachment parts of the outfit are all menu driven for resizing.


All items not linked are available at the Depraved Nation - Block 100 event until the end of May.
LM below.
http://maps.secondlife.com/secondlife/District/120/122/33