I'm gonna let these skins speak for themselves.
Due to blog standards - there are some modesty marks - but you can click through to my flickr to see the appliers in all their nerpy glory. 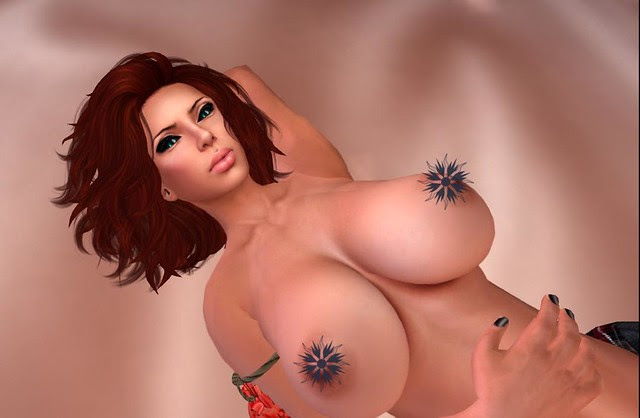 This is the new Chloe skin from SUGAR - where the wonderful Iokko has been tweaking nerps and fiddling with collarbones like a crazy person to bring about these fantastic options. The picture above is Chloe - colour tone 4 - Collarbone option 1 - Dark Brows. The picture below is the same skin, with Collarbone option 2, available as clothing layers undershirt and tattoo. 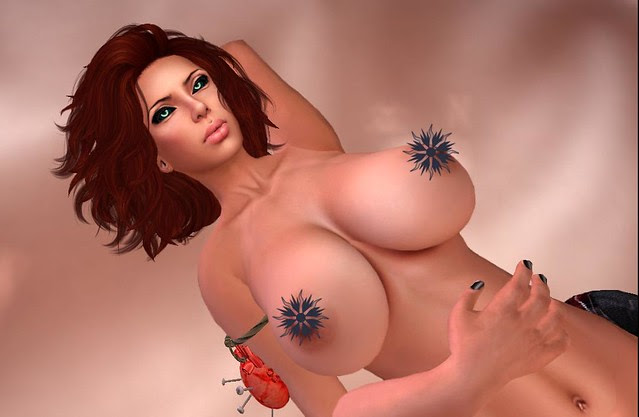 Then we get to the lips! 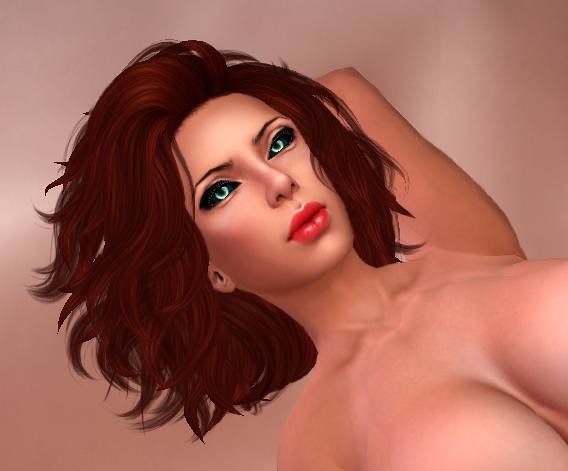 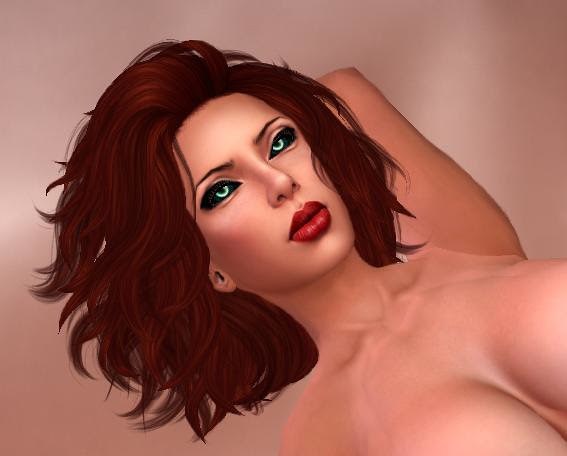 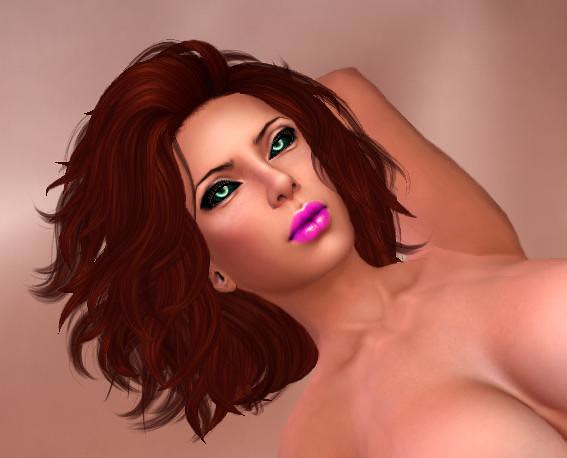 There are 12 colour options in the Daring colourpack, and 9 in the Juicy. All are beautiful as you can see! As a final picture from me today - SUGAR's Woeful Wednesday items! 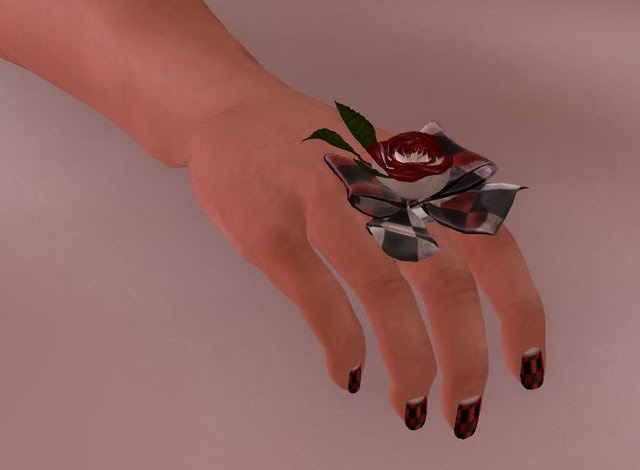 Here you can see the 'Dark Alice' French manicure nail set - appliers for your SLink Mesh hands. Also the Dark Alice Lovely Bow Ring - these Woeful Wednesday Items will be out all week! Ideal if you fancy a bit of Flamingo Croquet. You can find everything listed here at the new SUGAR mainstore here.
http://maps.secondlife.com/secondlife/Anse%20Marcel/157/137/55
Posted by Vyl at 4:06 PM 0 comments 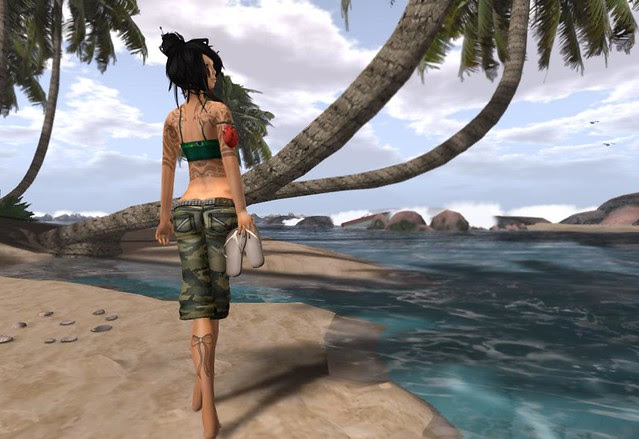 Chloe had walked along the beach, mile after mile, the sun riding high in the sky, her feet pressing shallow imprints in the wet sand. The flipflops were no hindrance on her stroll, the feeling of the sand between her toes was just about her favourite thing in the world.  She would pause from time to time, picking up shells, marvelling as the softest tones of pinks, blues and browns merged, fading into creams and whites. Some, she would slip into her pockets, to add to her collection at home, others, she would skim into the waves, recycling the minute homes of the sea creatures for another generation under the sea. 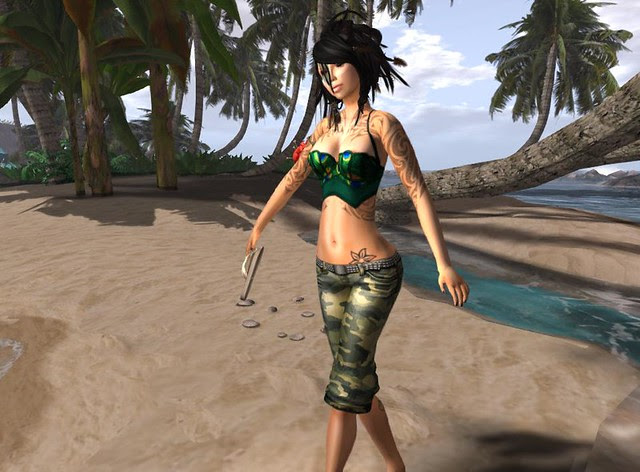 The sun on her skin was hot as the thin high clouds scudded lightly out to sea. Waves crashing against the rocky outcrops and reefs in the cove were the soundtrack to her walk, adding a pounding rhythm to the soft tune she hummed as she walked along. Further along the shore she saw a group she knew, surfboards jammed into soft sand, watching the waves. Raising her hand to wave, the filpflops she carried clunked lightly together in her grip, showering her with falling grains of sand. Rolling her eyes at herself, she laughed softly, and ran along the waters edge to join her friends. 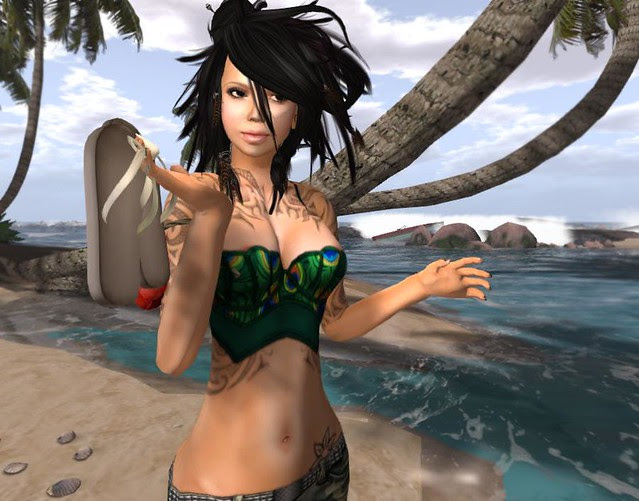 Depraved Nation is ramping up the heat for the return of their Endless Summer gridwide hunt! Nearly 100 stores - each with a free to buy hunt item; a hockey puck with a palm tree on it. Some stores have decoys - but no more than 5, and of course, some creators don't just stop with the one gift! The hunt runs until July 20th - you can find all the info, hints and SLurls on their website here...
http://depravednation.com/endless-summer