Yesterday i found a store with a lucky board with two Kimono by mistake. I suppose that also
others would like to have a Kimono so here they are: 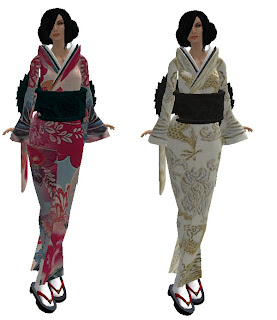 Both on the lucky boards at toutou-ann kimono shop

Cause both Kimono (i don t know the english plural so maybe its also Kimonos) come without socks (tabi) and shoes (zouri) here an other free Kimono which comes with tabi and zouri. 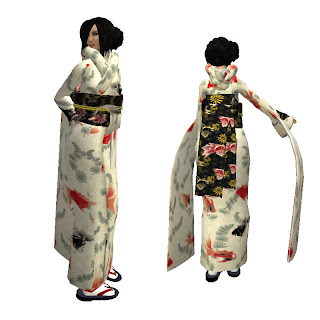 The Havelock Shrine sim is also worth visiting. Its build in the style of a japanese village.
So if you like japanese things you maybe would also like the sim.
Posted by Dagmar Haiku at 4:24 PM 0 comments

Very mixed and quickly made....

A quick compilation of freebies which do not really fit together but i love them all.
For making the pictures i used a midnight mania gift from ChereeMotion 40 Pinup Poses (normaly sold for 1000 Linden).


I was stunned when i saw this dress at the midnight mania board at blue blood. Look at the details of the gloves. Its really stunning. 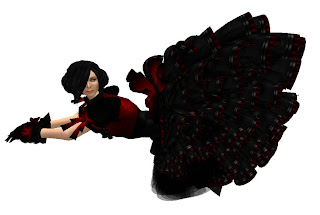 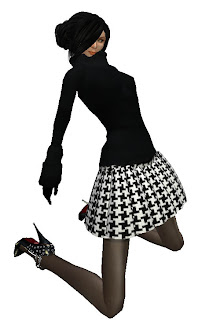 I always was proud on my eyes which i made on my 2nd day in Sl. Today my pride did float away from me. I did get eyes as hunt gift at a store named Sterling Artistry Eyes. The Store is taking part at the Shining Stars hunt. Im very amazed by the eyes. And i think in future i will only trust Silverr Andel the creator of those wonderful eyes. For those who don't like hunts there are also some freebies in the Mainstore Sterling Artistry & Sterling Artistry Eyes . Be carefull there and don' t jump into the water. 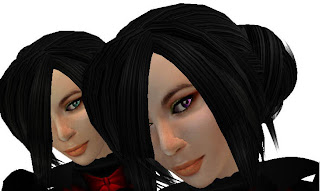 
If i did understand it correctly the Lindens are going to change Xstreet SL and Freebies will disappear from the site. So here one of my favourite freebies from Xstreet SL Catboy Tartan Outfit .

Today i had a look at a sim i always liked very much, Omega Point.
I was there some weeks ago and they have just been busy with rebuilding the sim.
Today i was there again and i found some great freebies.
The first thing i found was freebie called Elephants Dream.
Cause i love Elephants i had to get it. Without having any idea how it would look.
When wearing it i had to giggle. Have a look and you ll understand: 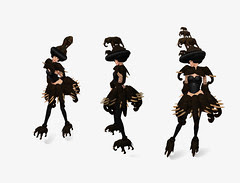 In the second box was a coat. 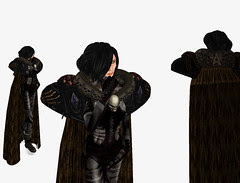 Coat: Omega Point - Messenger's Mantle - O Linden
Suit: Omega Point - suit KWZ (Im not sure if it is still there but it was a dollarbie at that sim some time ago)
Boots: DragansVarg (former Husky GFX) imrae boots (not free)