The Twisted Hunt 2013 Spring - Alice On The Run

Alice knew something weird was going on in the enchanted realm behind the Looking Glass. Not that the land and its inhabitants had ever been what people usually call “normal”, not at all... but what Alice noticed was well over the edge even by their standards. The Caterpillar gave up smoking because, as he told Alice, it was bad for his health. The Mock Turtle applied for university because he wanted to become an actor and be called The Authentic Turtle. And the Mad Hatter... better to forget about him. He decided to open a luxury shop where he sold dresses to the Red Queen and her court. 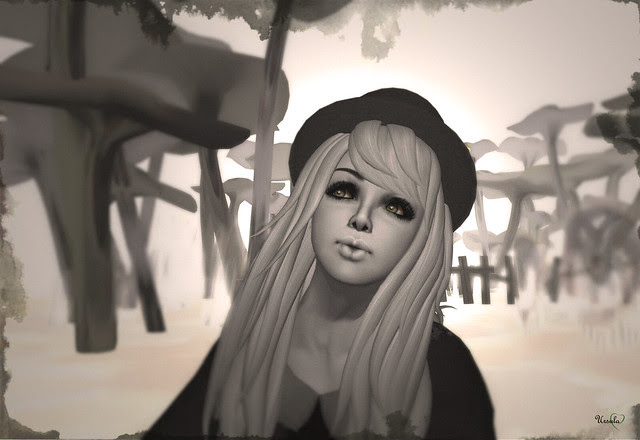 “Beware the jabberwock, my girl!” – Alice heard a raspy voice while she was brooding under a gigantic mushroom, generally feeling abandoned and alone. “’Tis his work! Beware! Run, Alice, and don’t look back!” “Who are you?” – Alice asked. “Oohhh... I’m the Terrible Jubjub Bird, only that I’m un-jubjubbed... I’m harmless now and need someone to feed me!” – answered the mysterious speaker who, as Alice saw, was nothing else but a small mockingbird in a cage. In this very moment Alice heard a distant growl... and she knew the Jabberwock was close. She picked up the cage and started running through the forest of mushrooms, towards the Looking Glass. 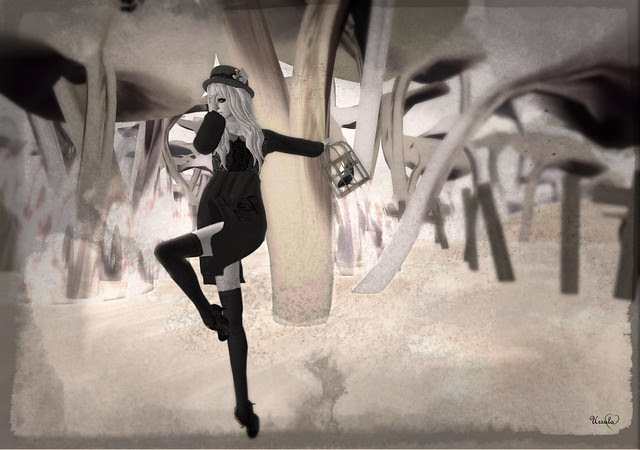 Ladies and gentlemen, if you also wish to lose even the rest of your sound mind, jump on the band wagon of the Twisted Hunters! The principal rule is that there are no rules and clues, shop owners can be as wicked as they’ve ever wanted to be and they may hide the prizes anywhere, under floorboards and in chimneys... so that you may feel really really rewarded when you pick up the right damn lil rotating cube after hitting on the umpteenth decoy.

Outfit including the hat and shoes: Impish “Alice” – Twisted Hunt 2013 Spring gift (0 $).
Skin: part of the “Distemper” avatar by Indigo Oddities – Twisted Hunt 2013 Spring gift (0 $).
Eyes: Ikon “Machine” – March group gift; it's free to join the group (0 $).
Hair: Alice Project “Wonderland SE” in White – Lucky Board prize (0 $).
Poses: Elephante “Voodoo Girl” in the first picture and Rook Poses (birdcage prop with pose) in the second one – both are Twisted Hunt 2013 Spring gifts (0 $).
The pictures were taken at the Nitroglobus Gallery that hosts the psychedelic installation titled “Eyeworld” by Roni Saunders until mid-March. Beware, there be no Caterpillar but lots and lots of mushrooms...and eyes...
Posted by Ursula Floresby at 9:30 AM 0 comments