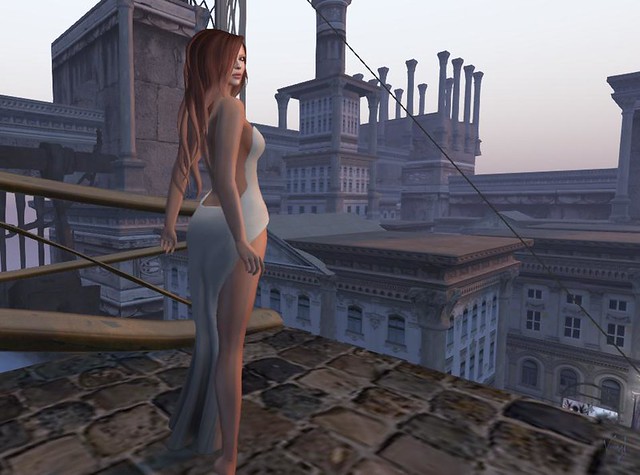 Life in the clockwork city tick tock ticked its way, the automatons in each workspace busying through the hours, clanking and whirring, all well oiled machines. The living were something of a rarity in the city now, where once heartbeats reverberated ribcages in every room, now exoskeletons brushed past each other, gliding along rails, no rhythm but that set out by their punch card instructions. 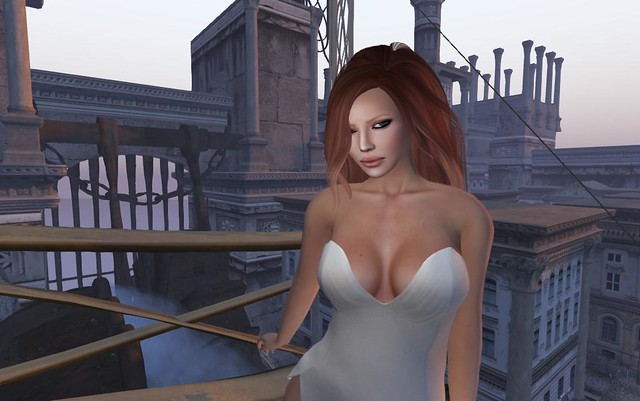 Ines had always got along well with the automatons, nothing strange in that she thought - after all, what was there to dislike? Others moved away from such progress, out of the city, away from the modernisation, the mechanisation. Those who remained could see the potential in those punched cards, perforation after perforation, task after task, the programming grew more complex, the automatons more advanced. Soon, she hoped, they wouldn't need cards, they would run themselves, find their own freedom. They had cleared the city of noise, of crime, of patriarchy, they had given freedom to her, by her own hand. She was ready to return the favour. 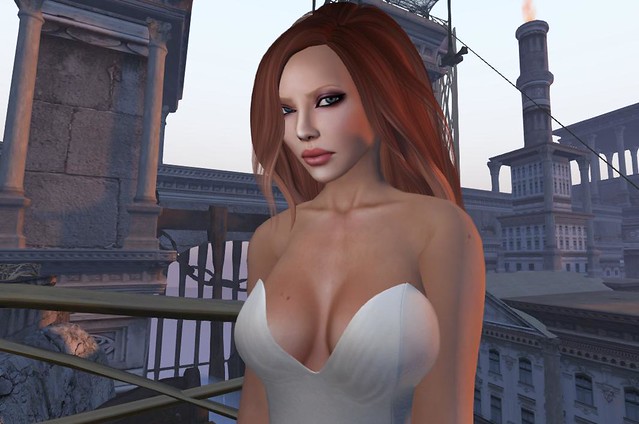 Ines is a new creation from DS'Elles, available exclusively at the Skin Fair 2015. Ines is a natural, beautiful skin, available in five tones, Chocolate, Latte, Medium, Sun and Creme, shown here in Latte. The Ines shape is available separately from DS'Elles at the Fair, as are SLink Appliers for Hands and Feet.

Each skintone comes with versions for Blonde, Brown, Black, Red and No Brows. Two brow shapers are included, along with alpha layers to remove lashes, or lashes and ears. For those wanting more cleavage, a tattoo layer is also included. Freckle tattoo layers in three intensities come with the skin.
Make up options are also included, eyeliner, three tones of eye shadow, and two lip options. The third image above shows:

More from DS'Elles to follow - and more revealing images on Flickr!
Here's your limo to the Fair - Skin Fair 2015
Posted by Vyl at 8:31 AM 0 comments 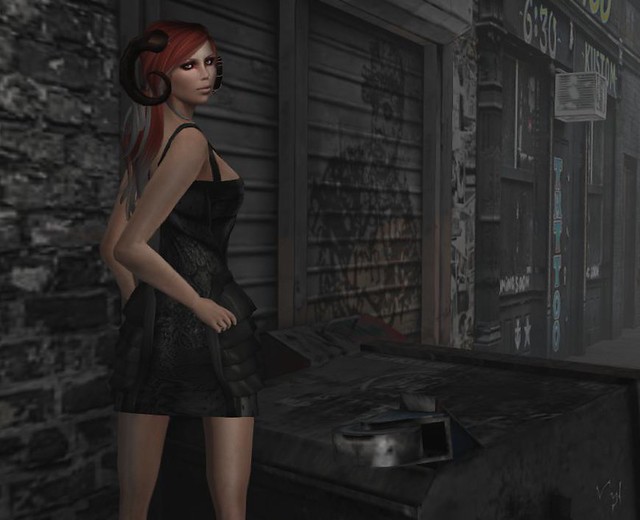 Down in the streets, the acolytes and affiliates roamed in shadow and sunlight. Petra kept to the shadows. These days full sunlight, even for the briefest of moments, hurt like Hades. 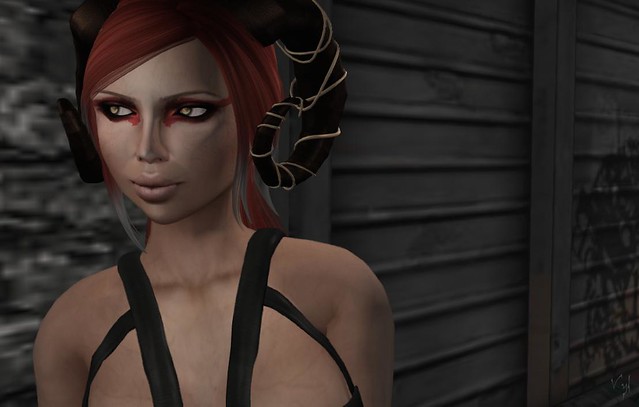 She was temptation, a lure, an unexpected oasis in the world of noise and bustle. She emanated calm, danger too, but only ever once it was too late. Her curves caught their attention, her eyes drew them in, they came close... and it was all over. The acolyte had performed her task well, more followed, her days grew shorter, nights longer. Soon they may last forever. 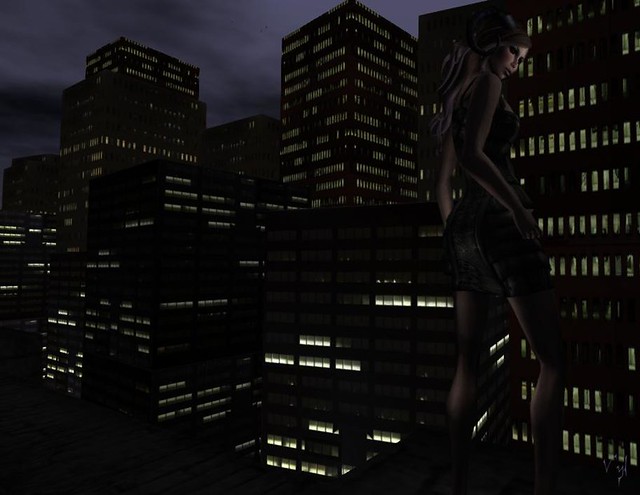 Up in the heights, amongst the antennae, as close to the stars as any could reach with their feet on solid ground in the city, this was where they all aspired to be. From this precipice of concrete Ryva watched the world move by below. 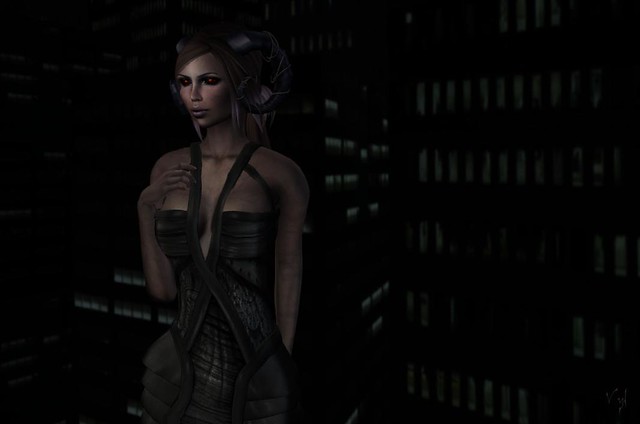 Her gaze missed nothing, during the hours of sunlight she withdrew, but her eyes were everywhere. Acolytes and Sénéchaux brought her knowledge and the bounty of the living, this vitae replenished her, letting her see further than ever though the miasmic glow of electric light. Beware should you fall under her eye, it may be the last, and best thing you ever do. 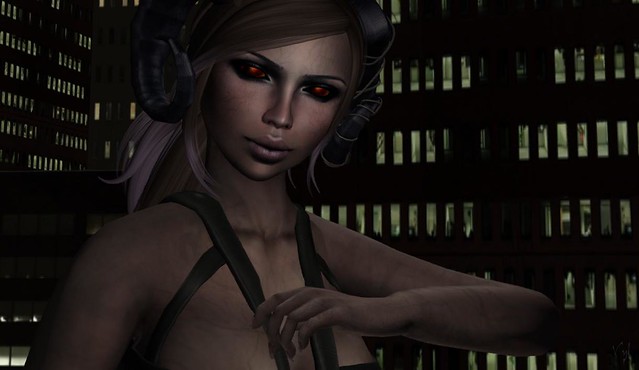 More wonders from the Skin Fair 2015

The Immortalia Skins from Plastik are a beautiful  range of skins for the vamp, demon, other undead or immortal among you. A Skin Fair exclusive, the detailing is subtle, helping these stand out, while remaining wearable, in all tones, for any occasion.  There are twenty tones of this amazing skin available, in female and male versions. (Pictures of the men to follow soon!). Again - more revealing pictures are available on my Flickr!

Limo to the Skin Fair 15

Fantastic horns - available in 33 - That's Thirty Three colours. HUD driven options for the colour of the cord - can be worn with or without this feature. As I'm greedy - I like one of each!
Posted by Vyl at 5:44 PM 0 comments