Darkness will rise from the deep

Once upon a time... when the days were short, and the nights were long... 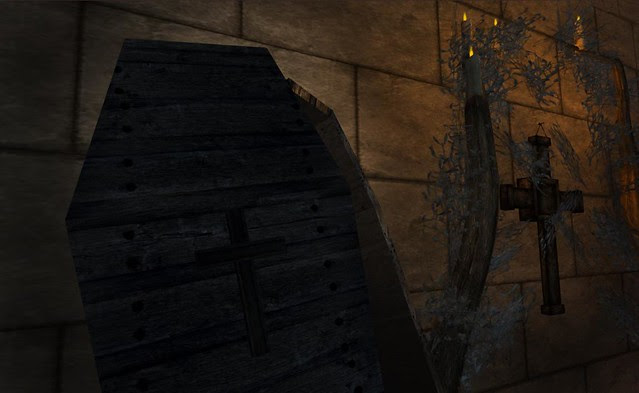 A soft creak of wood and metal would greet each twilight. Coming up from deep in the cavernous excavations hidden under the house on the hill, the telltale sound was audible to none but the crows beginning their roost in the gnarled trees which guarded the bramblestrewn garden. This softest of sounds was followed by others. The moaning, and occasional crashes were explained away by townspeople as subsidence, the land was old, and old things would creak... Far below their feet someone still older was waking, and making the noises. 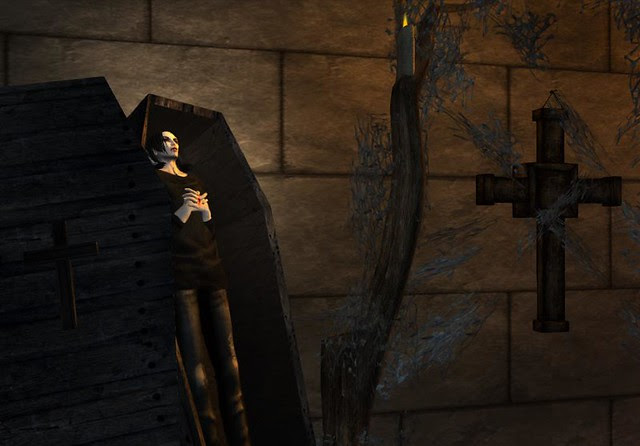 Closer to the thick stone walls of the sanctuary, the noises resolved into their true forms. Stumbling out of the coffin, things were bound to get knocked over. Shins would be bruised, expletives would rain down as he pressed icy fingers to his temples, shading his vision from the searing pain of soft candlelight, easing into animation as the hangover from hell pounded and throbbed behind his eyes. 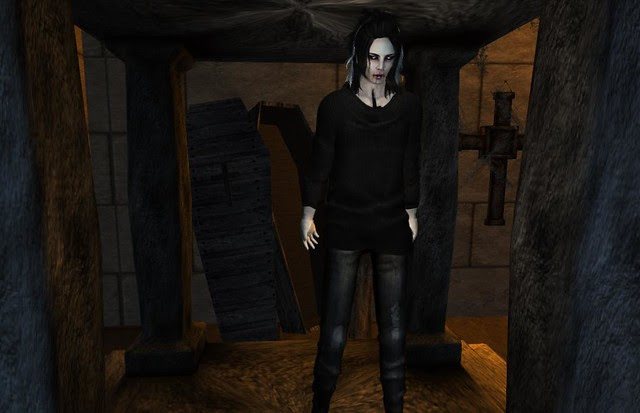 He would stand a while, centred in his mausoleum, letting the memories ebb and flow, settling back into a pattern only discernible from the nightmares of those who scurried about on the surface above by its unyielding clarity. As the tide of blood drew back, he again knew his name. Names were given to him, in different places, at different times. As seasons changed, so must he, if only on the surface. In this time, he could fit in as easily as any other, new ink graced old skin... it wouldn't last forever, but for now, it pleased him, and some others, to look at it. 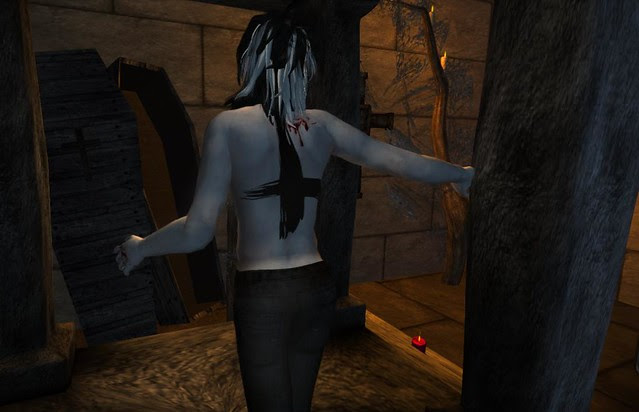 Some hated it of course... designed to be divisive, it won friends and enemies. Followers of fashion all, in one way or another, be it of the flesh or spirit. None of it mattered much, a means to an end for him. Pulling the thick woolen sweater over his head, moonlight, seeping through fissures in the rock, reflecting from well placed crystals, gilded his skin. Black ink, driven deep marked him out as one of this age's exiles, their otherness forming a protective barrier, one which he could stalk from, and hunt within whenever the mood struck... Which it would, and often did. 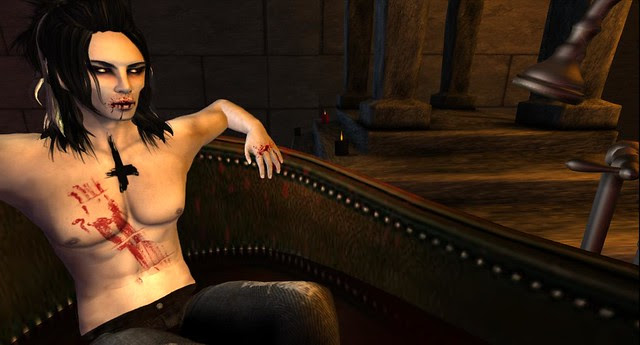 More awake now, he turned to view the fruits of his labour the night before. The old copper tub, heated to the all important 37 degrees was half full... this was a little necessary luxury, not an extravagance. Even this had tired him. Slipping into the vitae, jeans and all, a wry smile would twist his lips at the thought.."Perhaps this is me growing old at last..."

All +REDRUM+ items available at the new mainstore - which you can find here...
http://maps.secondlife.com/secondlife/Death%20Row/196/83/56

Bathyna De Wings was bored to death. Her favourite season – Autumn, with Halloween and all that lovely November fog – was long over. She survived December and Christmas only because she pretended it was mysterious and creepy Samhain and not the bright-and-funny kids’ holiday with presents, as people obviously preferred it to be. Even Impy, her favourite household demon, eternal companion and confidant, looked desperate. 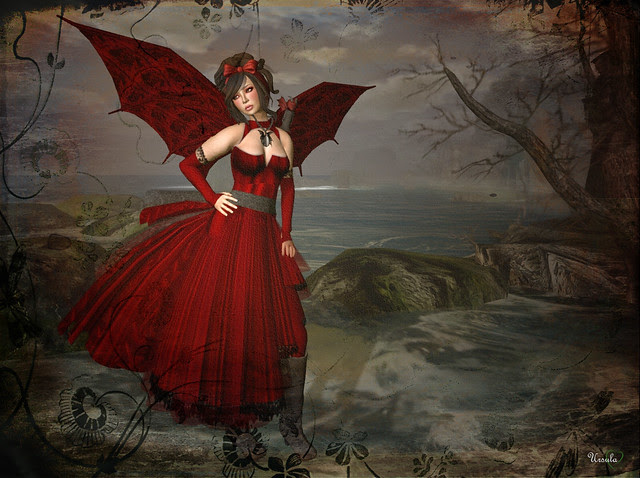 “Shall we go and bother the bats in the castle tower?” – proposed Bathyna but the very moment she pronounced the words she could see it was a mistake. Impy flapped his tiny bat wings and cracked his long skeletal fingers in rather an annoyed manner. He wasn’t delighted. “Shall we go to the kitchen, then, and bite off the heads of those leftover gingerbread men....?” Now Impy looked a lot more satisfied. “Gingerbread heads off, then...” – Bathyna said, and secretly started counting the days until next Halloween. 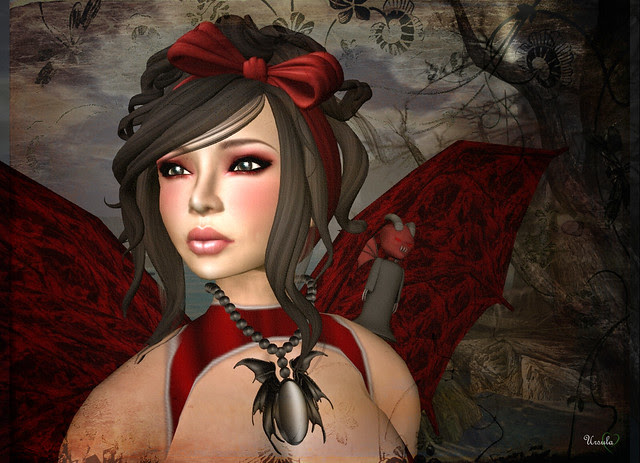 The theme of the first Sinister Goth Sinners Hunt is „Wrath”, so you may expect tons of red-and-black stuff, burning eyes and prickly horns. :) The hunt started on January 12th and it will end in a few days, on January 31st to be exact, so you still have a few days to pick up your batch of sinister goodies.

Elikapeka Tiramisu is having a big retirement sale until February 23rd. Please read about the details on her blog here, then run to the shop... it’s really worth it!

The pictures were taken at The Lost World... which will also be lost for Second Life in a few days. We can only thank the builder, Mac Shan, who has kept up this wonderful sim for years.
Posted by Ursula Floresby at 5:17 AM 0 comments