Frances had had an unusual summer so far. Work had mercifully come to an end, she had always worked long hours, for little pay or recognition, summer was her own, her chance to be catch up and rest. She had looked forward to getting all the little jobs done, reading, walking in the park. The first morning of summer had dawned with a warm golden light, even as the letter which would cast such a shadow over the following weeks fell through the letterbox onto the welcome mat. 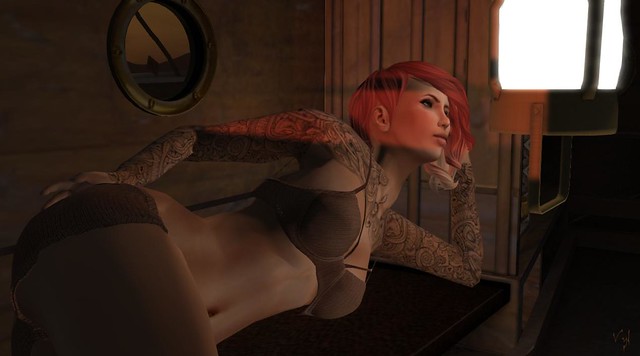 The letter spoke of the death of her Grandfather, also her namesake. She couldn't understand. Over the years the family had drifted apart, as so often they did, but they had always come together during the holidays, out at the shore. This made no sense. Died and cremated before she had been informed? She had been bequeathed all his possessions, his apartment, from the folds of paper taken from the envelope fell a key. 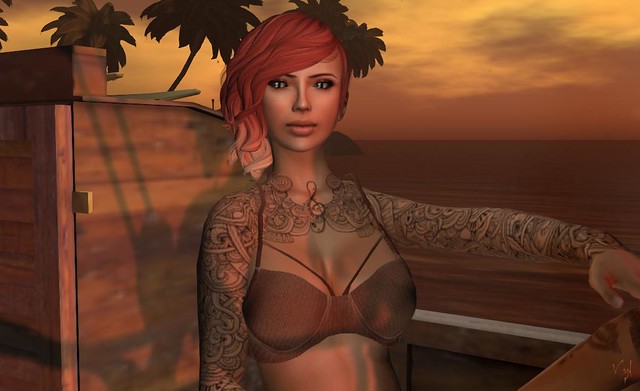 It had been a longer darker journey from that day to this thank she cared to remember. Her eyes had been opened to sights and scenes she had never considered possible in the course of a normal life. As it turned out, there was no such thing, and there never had been. She had made it through, and now, relaxation had very much been earned. And so Frances took what had come to her in stages, let go of the bad, kept hold of the good; loosing the mainsail to catch the breeze, the Madpea sailed off into the sunset. 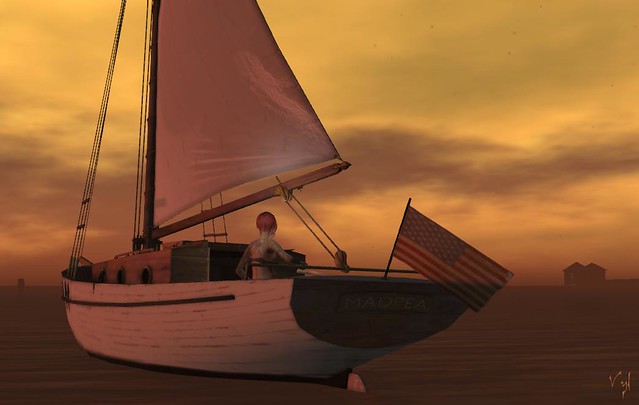 Madpeas newest venture The Collection is open! As you may expect from those insane legumes, its a point and click adventure, sending you across the grid chasing clues and objects - and this time - no demonic chickens!
There are 3 levels of entry, HUDs which can be bought for differing amounts, L$ 100, L$ 300 and L$ 800 leading to different ranges of prizes. There is a start zone, and end zone and 13 stops along the way at some of SL's best known and most awesome creator's locations.
Your starting point can be found here:
http://maps.secondlife.com/secondlife/Consignment/189/82/3803

Prizes shown :
Boat : Bandit - Madpea
A fully fledged sailing boat, take to SL's seven seas in this beauty! Comes with a manual and a guide to SIMs to get started, ahoy mateys!
Tattoo : [White~Widow] Steppin'
Two versions - comes with just about every applier you can think of!
Bikini : Sepph Fashion - Knitted Bikini and Shorts
This one's got the girls and the boys covered, here the boys shorts are shown with the bikini top.