Christmas is coming to Peatonville 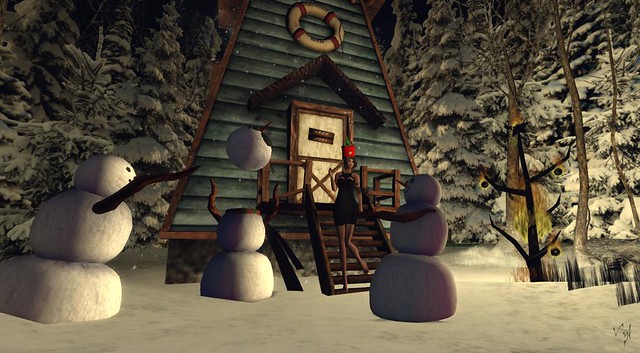 Everyone all over the world loved Christmas, the lights, the decorations, the magic of it all. In the sleepy hollow of Peatonville, there was more to worry about than a Grinch on a hilltop. It wasn't that magic was any more real there than anywhere else; just that some of the residents believed it was. Santas aplenty roamed the streets, red spattered snow marking where they met, and fought for the right to wear the hat. For most it was better to stay indoors, where the worst they were likely to come down with was a bad case of tinselitis. For those who believed, they had to be out there in the magic. As snow fell from the darkness of the winter sky, strains of music could be heard. They came from sewers, dank alleys and abandoned buildings, delicate tunes drifting from their hats, their millinery for the season defining who they were. Just don't call her a nut-cracker... 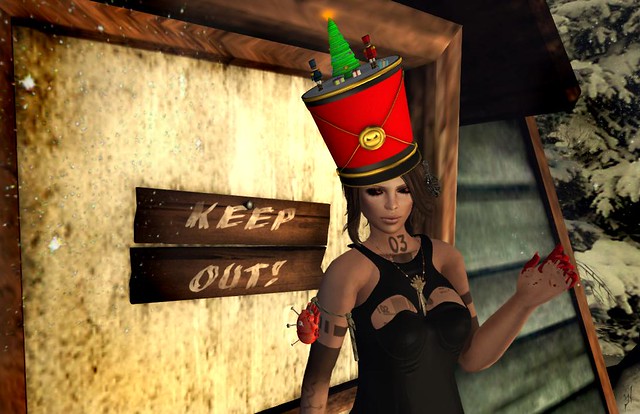 Aaaaarrgghhh!!! Epic apologies for the absence, my hard drive died and it's taken so long to get back that I've missed nearly all of November! Here's a combination of Peatonville Asylum and Madpea's offerings at the Tannenbaum Holiday Event 2015.
You have just two days left to take on Peatonville Asylum

Hat : MadPea Nutty Nutcracker Chase Hat
The nutcrackers on the top of the hat chase each other around the lit up tree when you type or automatically if you choose. It also has music you can toggle on/off.
Tannenbaum Holiday Event 2015
Tattoo :  Chocolate Atelier   Begga *Black* Tattoo Faded [Tattoo]
Necklace : [meadowWorks] Shaman Fetish Necklace S (fem)
Abandoned Lighthouse : irrie's { Dollhouse } Abandoned lighthouse
Peatonville Asylum
Posted by Vyl at 8:36 AM