She'd checked the address of the building before she left the apartment. She knew she had. Finishing university had been the goal for so long, the internships, the volunteering, and finally graduation. Only then had the phone stopped ringing, the emails no longer received more than a form response. It seemed the business world had only been interested when it could get her mind and her effort for free. Day after day, week after week sending out resume after resume. Then late last night, the chime of a message hitting her inbox. "Pleased to invite you to interview..." Now she was here, and faced with this. Had it been a cruel joke? 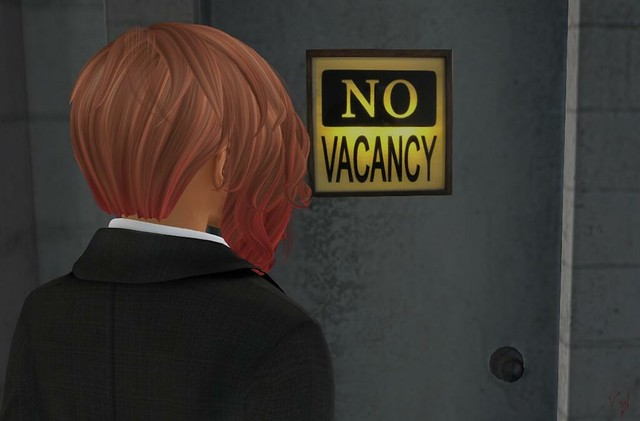 She'd knocked regardless. No way was she putting to waste the time she'd spent through the night steam cleaning her best suit, polishing her smartest heels. A voice had called from within, inviting her to come in. Even through the door she heard it, a voice sharp and efficient, albeit muffled by the wood. As she stepped through the door, something was immediately amiss. More than one thing was wrong with the room, starting with whatever had apparently happened to the cityscape outside of the window, and ending with its echoing emptiness. 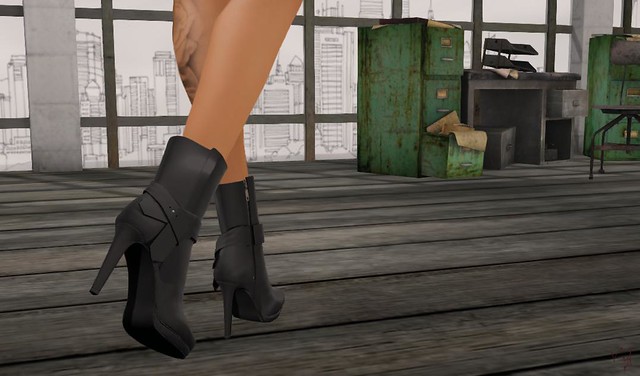 Stepping further inside she was keen to make a good first impression, walking tall with a confident step. "Hello?" she called out, pleased that despite the serious case of the wiggins she was getting from the view, there was no quaver in her voice. Walking toward the apparently abandoned desk, on top of which rested a cigarette in the ashtray, still lit, still smoking, in a room with no doors save the one she had just walked through... 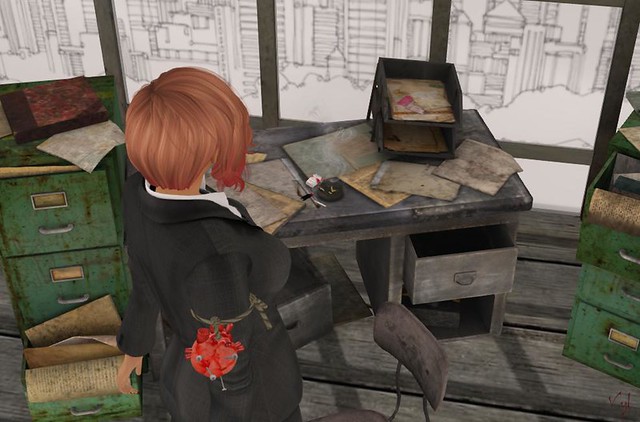 No one there, no answer to her calls. She had read enough about alternative interviews to think this might be some kind of a test. Sure, she had been expecting something along the lines of an impossible to answer question... like how many piano tuners there were in the country, designed not the test her knowledge, but her skills under pressure. This must be the next level to which the enigmatic company with the green logo and offbeat name had taken the idea of such a task. She would be unflappable. The shabby office block, the off putting sign on the door, the lack of a receptionist, and now... Theatre seats? Clearly the employer was looking for someone who could cope with the surreal, sitting down, she knew she would exceed their expectations. 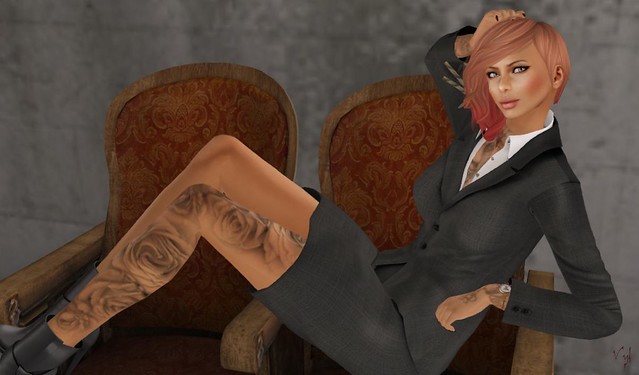 Kicking back and relaxing was fine, she was as pleased to get off her feet as she was to make the good impression she was going for, however it was the employer was watching. Stretching out, she couldn't see any cameras, but she caught the light glinting on the face of her watch, illuminating something tucked under the seat of the office chair. Seconds later, the clipboard was in her hand, filthier than any clipboard had a right to be, she kept it away from her suit as she read the list of names, the thick ink of the last signature still fresh enough to smear under her thumb. Pulling the pen free from the clip, she signed on the final line. 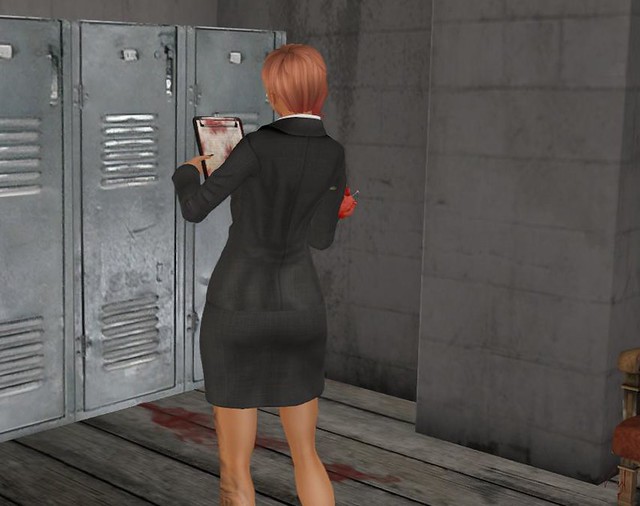 A creak of metal, a soft cry of surprise, and the clunk of the metal door as it closed. From the far side of the room, a knock on the door. A voice, her voice, came down the line. She could only hope whoever it was could hear... 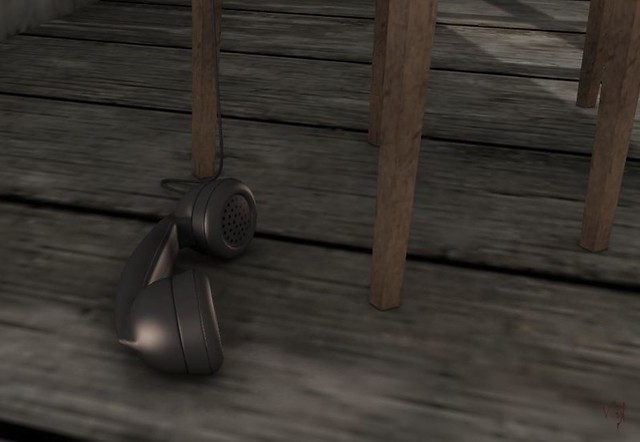 Coming from Madpeas on 1st April "The Interview"

There are three levels of game passes which will be available to play this latest ladling of insanity from the green spheres. Gold, Silver and Bronze.

Bronze : Lowest price - play for the fun of it - souvenir for taking part - but no prizes.
Silver : Medium price - Play for the souvenir, 13 silver level prizes, and a silver quest. 5 in game currency coins.
Gold : All the goodies! Everything from the Silver pack, plus additional gold level quest, and 13 gold prizes. 15 in game currency coins - and this fantastic custom designed interview suit outfit from GABRIEL. (Don't worry - there is a version for the dudes!)

This little narrative is all my own - what the interview will actually entail? Who knows! Only the MADPEAS!
madpea.wordpress.com
Posted by Vyl at 3:34 PM