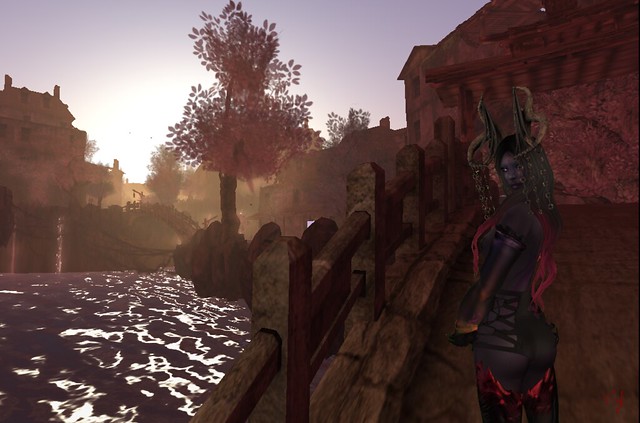 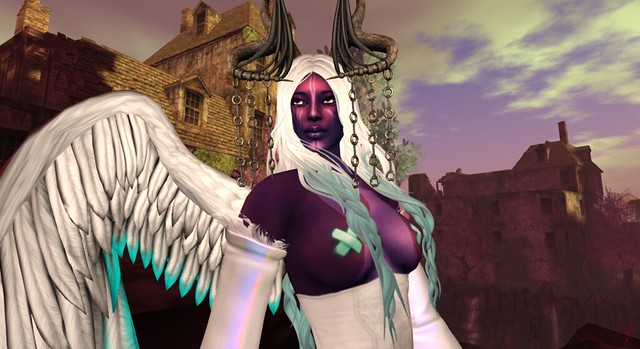 Mona pushed off from the bridge, the softest whisper of wings on the air as she plummeted, rising again before touching the water, her wings setting up a steady beat as she sped toward Kit. Reaching the cliff edge, she chose not to land, swooping instead to a dead stop before her friend, unsteady only in that with each beat of her wings, she rose and fell several feet. These moods happened, she knew them well, and knew how to provoke Kit into shaking them off. The rise and fall was a tactic, an irritation supported in extreme cases by faces pulled and eyes crossed, all while staying just out of the reach of an outstretched arm.
"You're just what?" Mona flopped over in the air, regarding Kit upside down as she dipped and rose. Not even a swipe as she came close. A frown gently creased her forehead, sure she wasn't being anywhere near as annoying as she was able, but still! 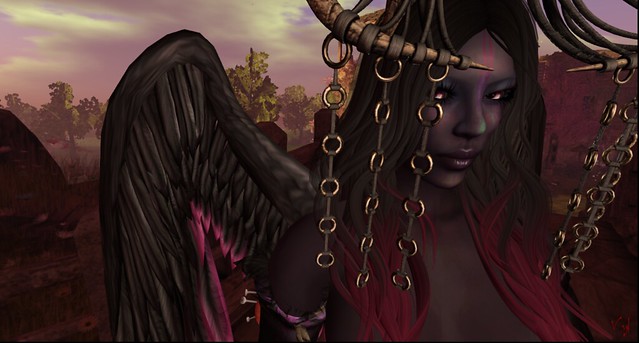 The cool breeze of a sigh wshing over her was all the response she received. "There you go again!" she grumbled, twisting in the air, the beat of her wings carrying her back out over the chasm. "Bloody sighing! That's all you've done all bloody day! Is it your damned ennui again?"
Kit finally moved, rising into the air herself. "If you ever let me express a damn thought without thinking you know what I'm going to say before my mouth even opens..."
Mona grinned, a single powerful sweep of her wings carrying her far out into the middle of the void. "Gotcha talking though didn't I? Not just..." she mimicked a long drawn out sigh, "Breathing at me." Following out into the open, Kit's wings beat, sending a ripple of turbulence strong enough to cause Mona to drop, laughing as she fell.
"Oooh the ennui..." Mona cried, dramatically holding a hand over her heart. "The ennui of it all!" "Idiot." Kit smiled, the emotion almost reaching her eyes. "Do you not even know what day it is?" 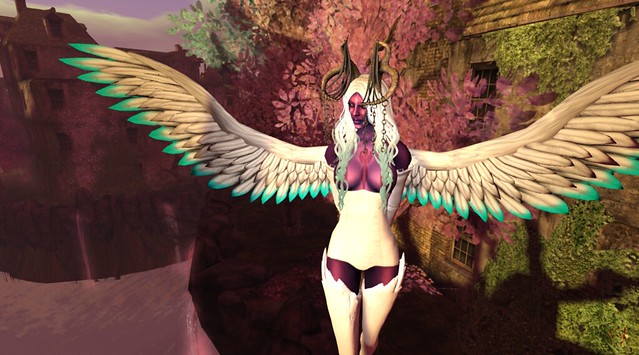 Mona looked back, blankly. "Tuesday?"
"Idiot." Kit repeated, humour finally glinting through. "For starters, it's Thursday. And to finish, How can you not know what day it is?"
Mona shrugged, then blinked. "No. No? No!"
Kit nodded, "Oh yes, it's snuck up on us this year. I mean, I knew it was coming... but I forgot just how much it takes. I just don't know if we can do it justice."
Mona looked around, noticing, apparently for the first time, that there was a chasm below them, behind them a bridge; the pressure of which, come to think of it, she could still feel against her spine, as though she had really rested against it. "Well..." she sighed, ignoring, or not noticing, the snort of laughter from Kit. "Well would you look at this?" Kit nodded, looking around properly herself. "Beautiful isnt it?" Mona just nodded, amazed. The two hovered, hands reaching out to clasp each other. Once again they had form, the spirits that entertained and comforted through the year could now act.
The world blossomed around them. They were so busy, always, but this was something else. Mona squeezed Kit's hand.
"We will do it justice. The people will come to see, to feel, to remember and to forget. The people will console and celebrate with us again. The people care."


Well my lovelies! It is indeed here again!!! THE FANTASY FAIRE!!!

Oh wow, last year I was so organised, I had holiday booked off from work to give me all the time I needed to prep, shop, photograph, shop, visit, shop, throw money at the Pawlice, take in the shows and shop again. This year, things are a little different. While I'm on 'holiday' I'm working all hours, and am actually really worried that I won't be able to do the Faire, or RL the justice they deserve! The SL mantra RL comes first is right, this is just such a cross over of worlds! You may have noticed I've not posted in a while, a really long while - I can't even promise to do better until I've finished my current course. But I can promise I miss it, and Relay for Life means so much to me.
ANYWAY...
Here's the scoops: More BEAUTIFUL SIMS than you can shake a good sized stick at, Amazing people, in an Incredible cause. Go. Be astounded. SHOP! Help to save lives.
All items below are sold to benefit Relay For Life, and the American Cancer Society - I will update tomorrow with prices where they are known.
For now, here's the Fairelands Junction - as beautiful as ever.

Poses for both - Mythril : Her Grace
Legs: [Gauze&Trap] Faun Legs - Long:Unicorn
Posted by Vyl at 5:00 PM