Normaly there were no traces in the sand. The wind blew everything away which could have been tracked. Of course there were some people who were able to track in the sands. Others called them Fire Gypsies but their real name was Oornie. Not much was known about them. Of course there were the usual rumors about stolen children. Which were not true but it was always good to have a scapegoat when not being able to take care of a child. And many were not so they left their children in the dessert sands secretly hoping that they would be found by the fiery ones. 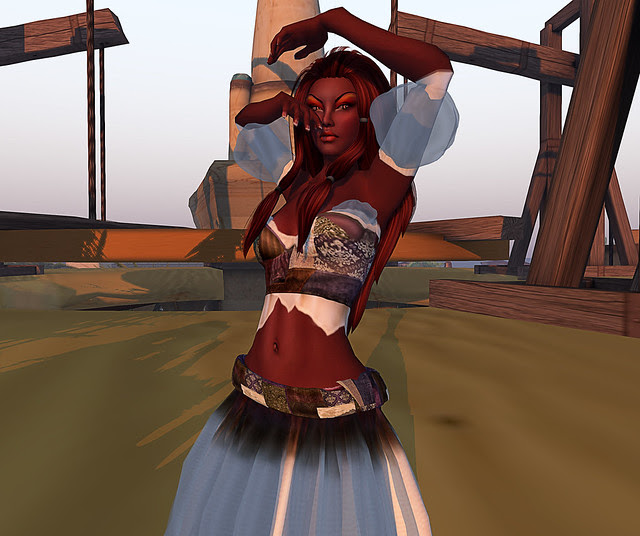 One of the unknown secrets of the Oornie was that they were not able to leave the desert it was their curse and also their benefit. Centuries ago a tribe got lost in the desert. Those people were the root of the Oornie. Lost in the desert nearly dead because of lack of water in combination with too much heat they started to pray and to beg for help and a god answered. It was none of the soft modern gods more an ancient entity with a hunger for admirers and devotes. So the Oornie got the offer to become the beings of that god. And having no other choice they accepted. Their skins turned into red and they didn't drank water anymore. Heat was now their food. They also stopped ageing. They might have been imortal if there hadn't been fights now and then in which they sometimes got killed. Later they found out that now that they didn't need it anymore they were able to call water. For a long time they ignored this abilitly but then there seemed to be a famine outside the dessert. They found more and more children. They could have transformed them so that they would become fire gypsies themself but the Oornie knew their own life too well to force it onto somebody else. So they started to use their abilities to build an oasies in the middle of the dessert. An oasis which had mainly children as inhabitants. Later some of those decided to become Oornie as well while others left the dessert to live again among humans never finding the way back to the oasis of their childhood. 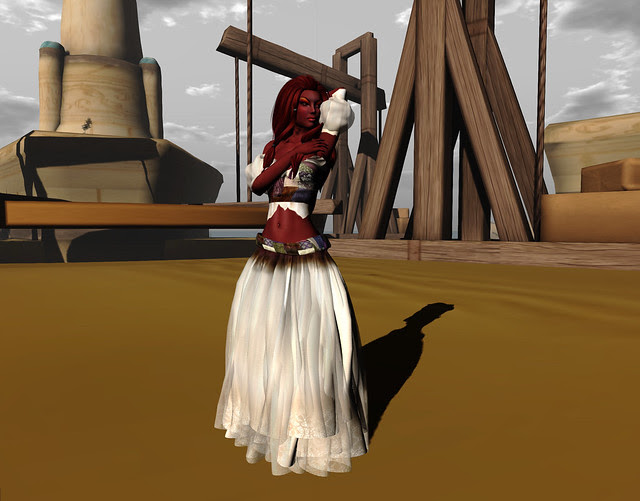 Mirror's Enigma released their first Fantasy Skins to the Fantasy Faire. This is the red version of it. Its called Kaldreia  Cursed Fire. The set contains the skin with 4 makeups and each of those makeups with hairbase, with cleavage, with hairbaise and cleavate and plain. The skin is great for fantasy roleplay or to create special avatars. There is also a shape and eyes included in the set which also have been used for taking the pictures .
Wasabi Pills released a lot of new hair at the Fantasy Faire. The one on the picture is their Hawk II hair. It has two little tails at the front. The hairbands can of course be recoloured with the help of a hud.
The Outfit is an other faire new release. It comes from Evie's Closet. Fauna blogged it in an other version and wrote a lovely story about it. The outfit consists of a top and a skirt. The top can be worn with or without the sleves. All the primparts of the outfit are mod. I like the way the skirt seems to be held up by the hips. Its an outfit which is great for a gypsie or hippie look.
The pictures have been taken in Shifting Sands using poses from Miamai. 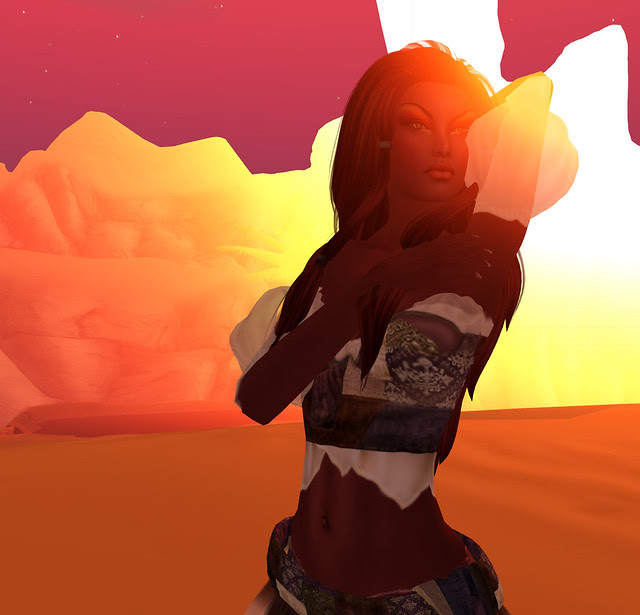