The birds came at twilight. Coal black wings shot with petroleum rainbows scythed through the still air. Harsh calls ricocheted from tree to tree, muddling in the mist. 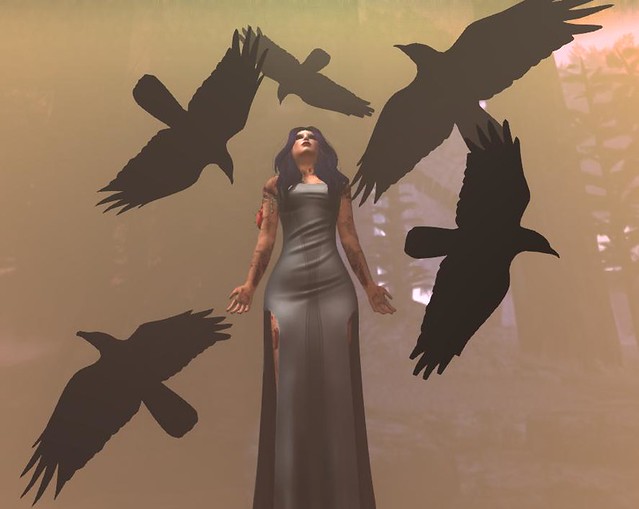 Coming out of her daily slumber, the birds were as much an alarm call as the seismic shift of sun sinking below the horizon. As she slumbered, they were her eyes, the only sight of truly sunlit lands she had seen in centuries. 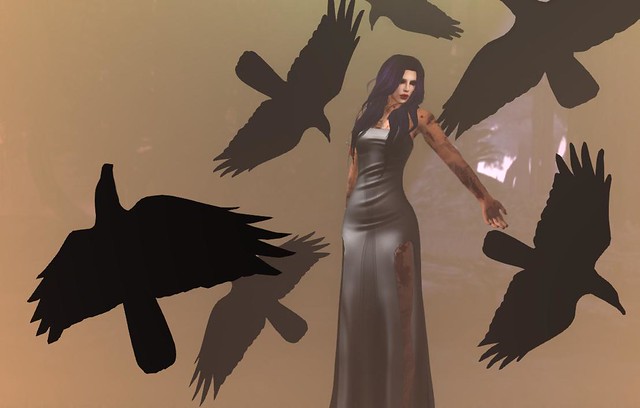 Flying close, wings brushed against skin; further transferring memory and thought. As rare lovers could confirm, fingers smoothing through her hair would more often than not dislodge several feathers. 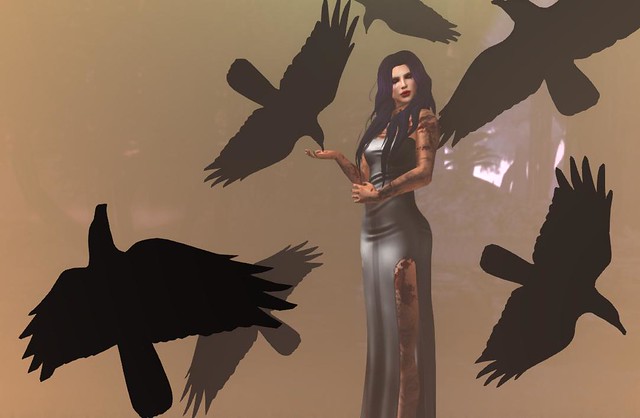 Far from stray quills, these were as much a part of her as of the crows surrounding her. When circumstance demanded and starlight silvered the land, she would leave it for a time, joining them in flight through the darkness.

Busy Busy! So much to do, and with the *ahem* Fantasy Faire not too far away, I'm covering what I can when I can!

The Hottie Cooterati Experience brings the Posefair 2014! Over 100 stores in an AMAZING build (full instructions on best viewer settings for the experience are delivered by NC on arrival). Stores offer exclusive poses, some gachas, some gifts. The fair runs until May 3rd.
Here shown is the Savoir Faire (SFS) 'The Crows' pose prop L$ 250. This comes set up for the model to stand amongst the crows at the apex of a corner as if in a room. The prop itself is modifiable, so you can re-texture the walls (which are a lovely battered and stained chintz). Here I've actually modified them by shrinking the walls down to allow greater depth in the image. I love crows. LOVE them, and this pose prop is excellent. Crows are MESH and unmoving, the prop itself contains six poses, which are all adjustable on X, Y, Z axes.
http://maps.secondlife.com/secondlife/Desiderium/50/40/201

And... just incase you missed it on Flickr - My entry for the Block 100 photo contest. 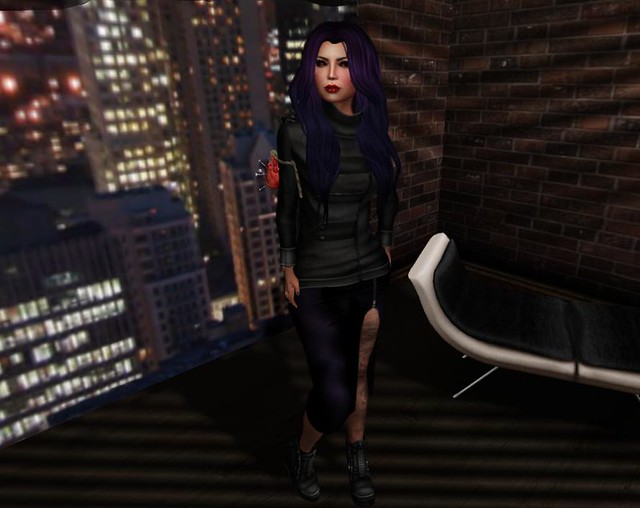