A world of watercolour 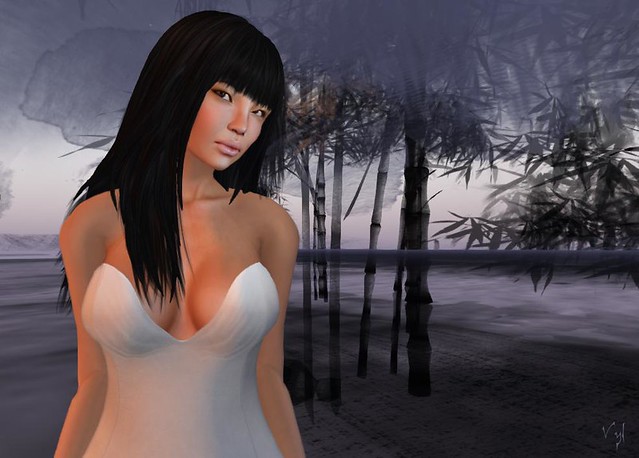 Mei had come down to the water to witness the illusion which took place just once each decade. 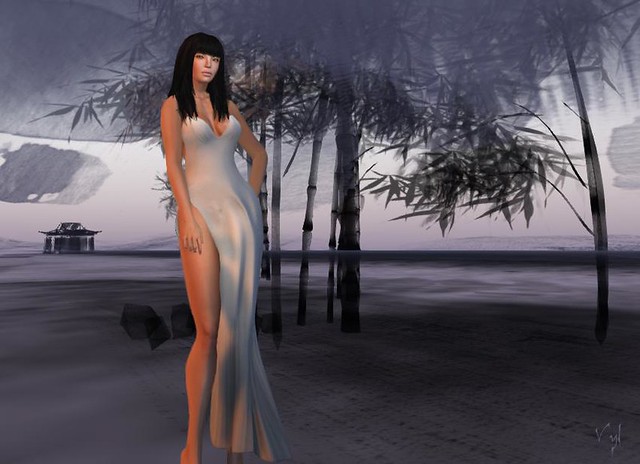 Few believed such things were possible, no one who had never seen it could put any stock in the tales. Those who had been raised on stories of its existence, to them it was a wild dream, a fairytale of childhood, not something to search out as a truth. Mei had more faith in the tales she grew up loving than others. Ever an aesthete she had always liked to believe the stories, the words of which wove into such dreams there were days she had cried on waking for the loss of them. 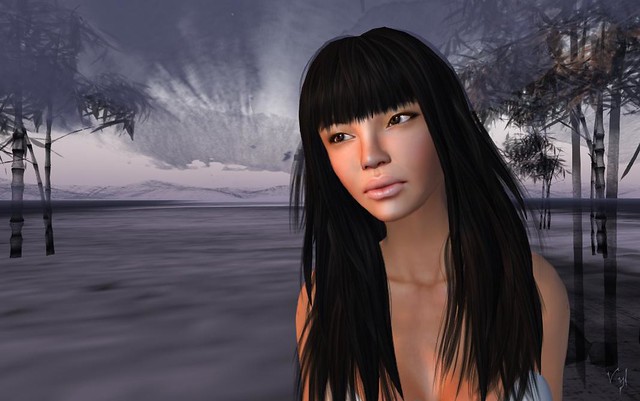 Mei believed in dreams, in stories, in the words she had been given by parent and grandparent. She went down to the water, stepping into its cool embrace as the moon rose. Smooth flowing water grew in substance as the world faded away. The transparency through which the stones of the lake bed showed clearly now darkened, through sepia to the blackest of inks. Looking up, individual colour had drained from the world, replaced by delicate washes and brushstrokes. All had become art, as she had known it would. Now she had her own tale to tell, to pass down word of all she had seen to her own kith and kin.

As sad as it is that the Skin Fair is over, many of the exclusives are now available in the creators own stores. Mei Lei is one such beautiful creation from DS'Elles. Shown here in 'Medium' tone, one of five available, each skin comes with five brow options. No brow, blonde, red, brown and black. Included are three tattoo options for freckles, cleavage, eye liner, eye shadow, lips and a hairbase.
The Mei Lei shape is available separately from DS'Elles, as are SLink Appliers for Hands and Feet, SLink Physique, Loud Mouth, Maitreya, and Sweetlips.