The Lost Treasure of the Inca Warrior

The air was thick. After long days trekking through the clear thin atmosphere of the mountains and high passes, descending into the valley it posed as solid a barrier as the curling wall of greenery before her. 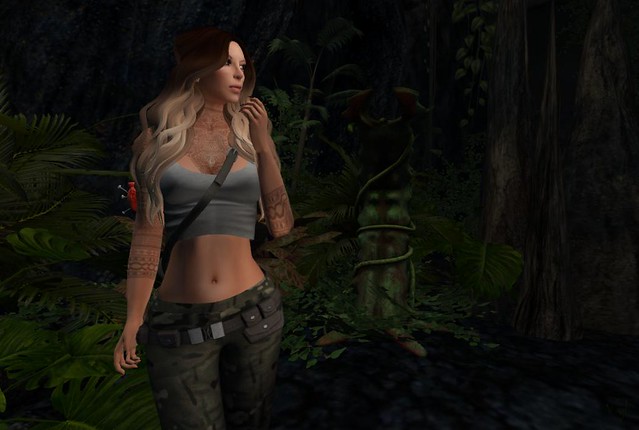 All jungles were dangerous, of course, but here there seemed something more malign, more ominous even than the shrieks of monkeys, and the claw marks around the camp site, fresh each morning. It was more than the insects, more than the crocodiles, each step along the trail was fraught with danger. Following paths once man made, but for centuries abandoned to animals and the elements. Each Inca statue a further clue, another task to complete, another treasure to find to placate the gods before progress could be made... Wait... Was that plant... growling? 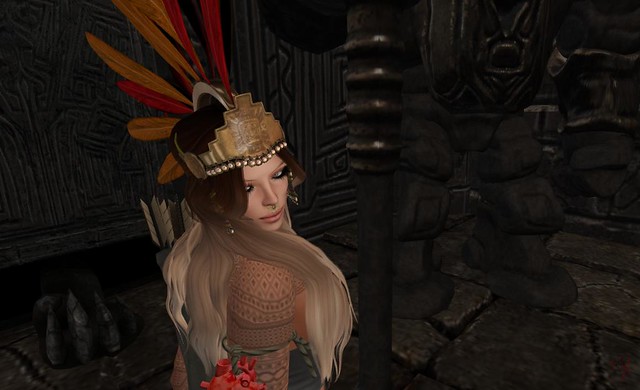 She felt as though she had died a thousand times along the path. The insects, the bugs, the GIANT SPIDERS? Blasted by near inexplicable torrents of icy air, she had crossed rotting planks to fall into leech infested waters, been bitten by swarms of bats... did I mention the GIANT SPIDERS? As if staying alive in the jungle environment weren't enough, the trail tested far more than just her survival skills. Appeasing the statues meant hunting out objects they required, solving puzzles and riddles to find the gems they desired. At times the jungle itself was against her. That plant had more than growled, it tried to take a bite out of her... 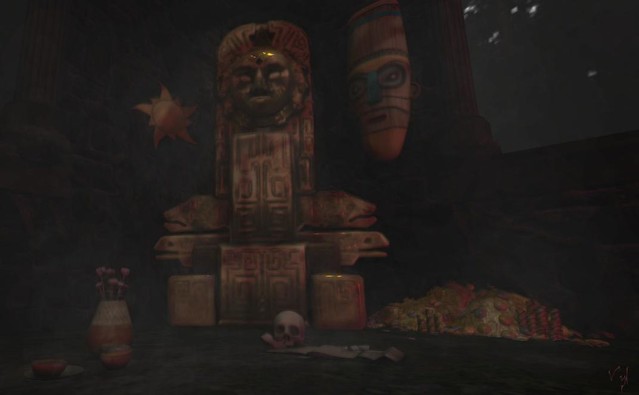 It had been a long quest, but so full of danger and excitement that it seemed to have flashed by in mere moments. When she had set out, crumpled map in hand, she'd thought she was prepared. Now, with all she had seen, all she had done, she would never have believed it. No one would. But, there it all was, past the stone guardians and their bloody price - the treasure of the Inca - hers for the taking!

Not your standard point and click (as if any of their point and click games are standard LOL) this HUD based game will take you through purpose built dedicated SIM environments, and have you hunting through stores. Each decision and step you take can result in injury or death - I think I died 78 times? I blame the lava. Yes, there is lava. Lots of lava. You will have to solve puzzles with crystals and lightbeams and riddles, all while avoiding giant spiders and falling rocks to get the wealth of prizes at the end.

Lost Treasure of the Inca Warrior Starting Point
Posted by Vyl at 6:10 AM