At the furthest reaches of the winding gravel track lay the church. So far from the town it seemed impossible that it had ever been a regular place of worship for the number of people it could comfortably hold. Its grandeur and inexplicable presence made all the more remarkable by the constant shimmer of twilight which began on approach, darkening the closer any visitor came, regardless of the direction, or time of day. 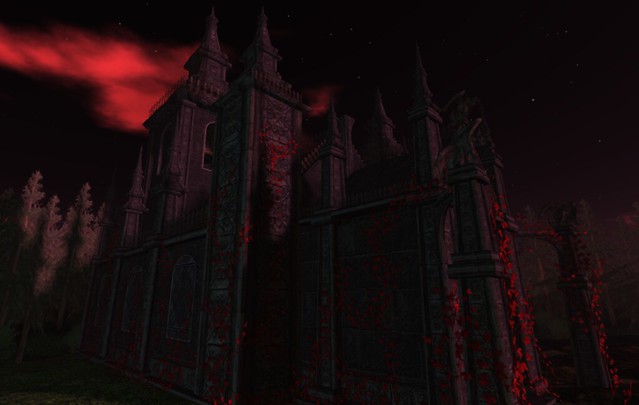 Here in the dark, there would often be nothing to see, nothing to hear besides the soft scratchings of vermin, the gentle cries of the bats high above. At other times, strains of organ music drifted on the air, while candle flames set the stained glass in the windows glinting. The curtain of the confessional drawn back, the mouldering velvet covered wood of the seat within creaked as it took the weight of one a far cry from the priesthood. The book fell open with spine cracked familiarity, murmured words and the chill air filled with the blooming scent of roses. Tap, tap, tap, the impatient drumming of fingers waiting to be joined by the beat of another's heart. 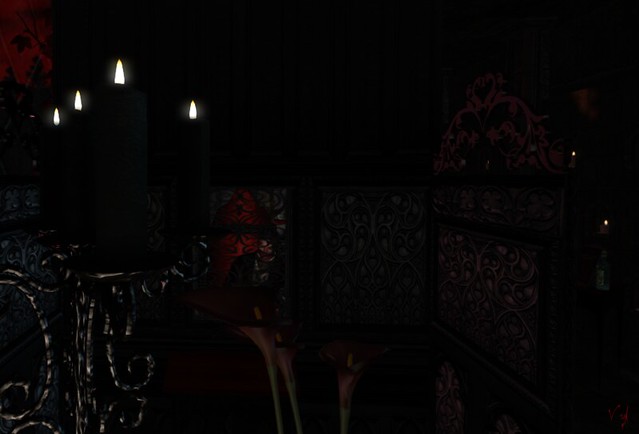 Long cold candles combusted, illuminating the living and the dead. Their warmth carried the aroma of roses with the spark of flame, drifting over rosewood and all it contained. Old bones, life regained. Silk spun centuries earlier rustled as it began to move. 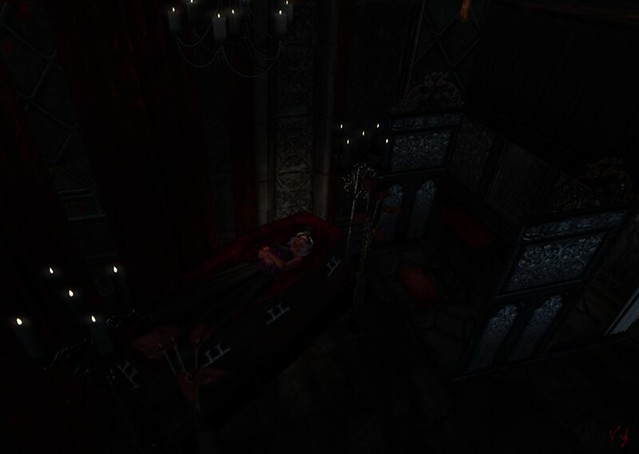 "Reunion... " A twisted prayer had brought them here, the concluding word at the end of countless experiments, trials and searches. Could it finally be true... Eyes which had long gazed only only the stars, the firmament of eternity took some time to resolve on the reality of shadow and stone. Could she see him now? Would she know him again? 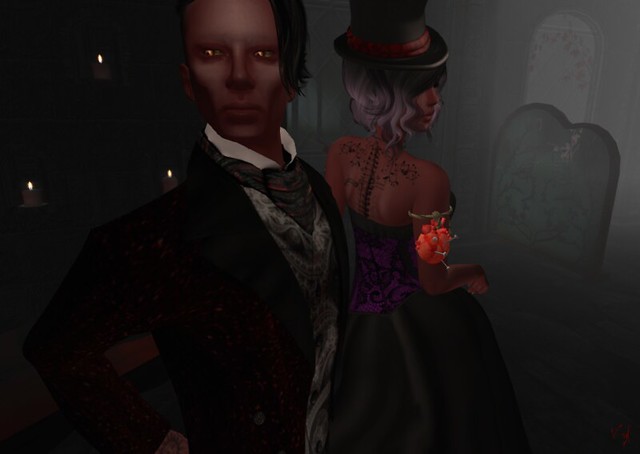 Three cries from her birds etched in wood were all it took. Final forgiveness found in the the resumption of their eternal kiss. Their danse macabre would begin again, within the walls of their sanctuary, in their own private midnight. 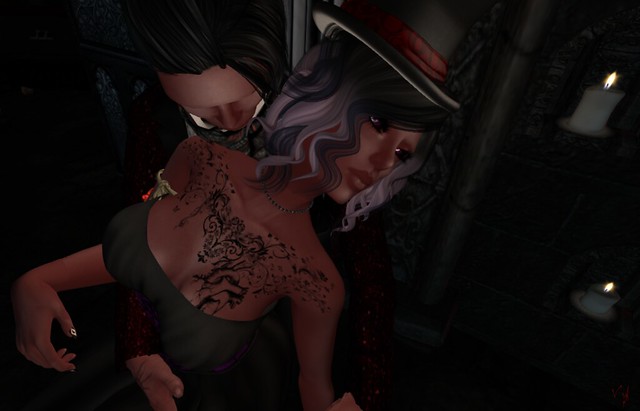 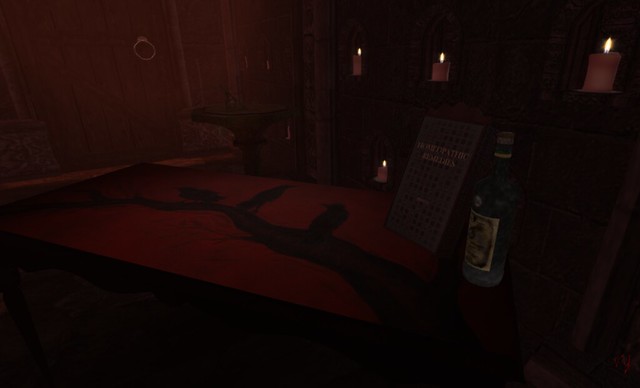 Leeeeeeeeeeeetttttssssss..... TWIST AGAIN!
That's right my darlings of darkness, the Twisted Hunt is back again, ready to bend your brain and your camming abilities to find the right demonic cube from the its dancing denizens of decoys... ok seriously enough with the alliteration. You know the drill! It's the hardest hunt in Second Life, and for that, one of the absolute best. This year the colour of the hunt is a beautiful Burgundy Wine, and the theme - Victorian Gothic.
You can find all the info, etiquette and help including LMs to each of the stores here:
http://twistedhunt.com/
And the starting point here : Start the Madness!
The always disturbing endgame will be up and ready for your screams of frustration from 7/9.
Come on in, the madness is lovely. Earn your tag of 'Twisted Survivor' with me! 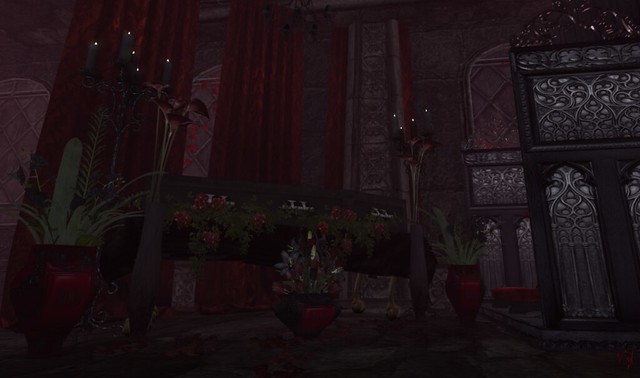 Hehehe when I was packing away, I discovered the coffin set up can rez all of this!
Posted by Vyl at 11:02 AM