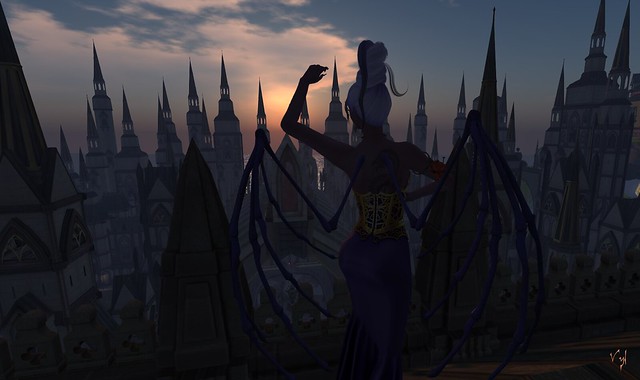 Dawn was breaking in the East.
Shadows slunk before the glow coating the land, slithering a retreat from the unstoppable rise of the sun. Cockerels and Snakes wrought in gold glimmered atop the spires of the city, their feathers and scales the first to feel the warmth of the new day. Before long the bells would ring the hour, the cowelled and masked sentinels of time must, even now, be wrenching their collective gaze from the eternally swinging censer, the heartbeat of the city. The aroma of night still lingered, drifting across the rooftops. This would soon change, the somnolent scent invigorated with the addition of morning's herbs, enticing the population to awaken. 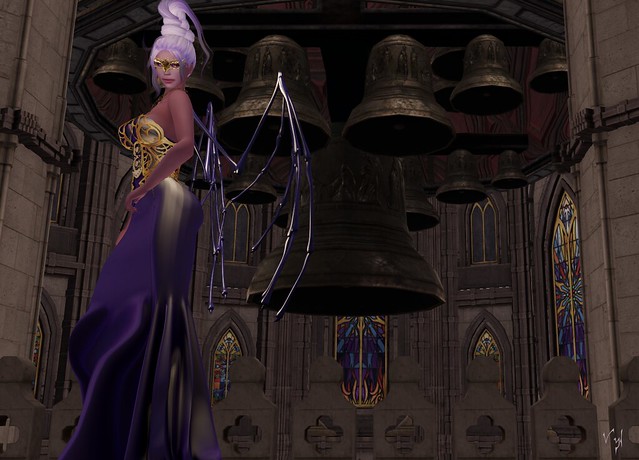 Up high in the city's near countless belfries, the peals and chimes could easily be deafening, only those born to it could brave those halls. It was here that Katja spent her hours, tending to the bells. Throughout the day and night their tones reverberated, the air in the spire thick with it; the ferocity fading with distance, allowing near silence to echo through the lanes far below. Of course, just as the ever changing aroma of the censer permeated each dwelling and workplace, there was never true silence in the city. That was the point. 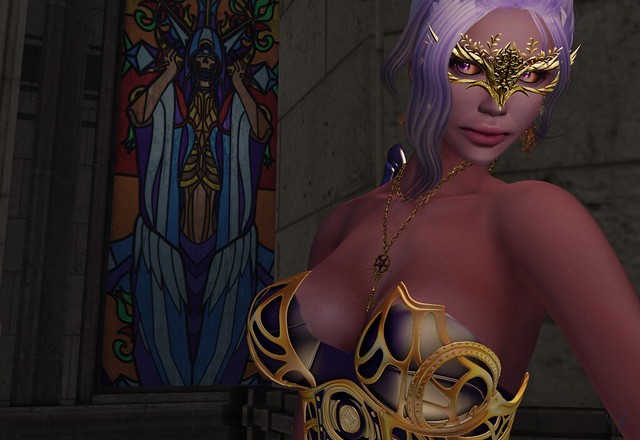 The resonance of the bells had over the decades first damaged, then shredded the webbing of her wings. Katja's role had cost her the ease of flight. Reaching heights was no longer as simple as stepping out from the spire and looking aloft. Tendrils of smoke still etched the rising thermals as clearly to her as pen ink on parchment, only now their reading took such effort, and there was always work to be done. She supposed it was always so, for those at work in the city. They gave of themselves in order to carry out their tasks. As the hours passed, with each turn of the key usually kept safe round her neck, new music was drawn up the spire. The bell's changes were rung, and the chimes sang out to drift through the windows of buildings nearby. 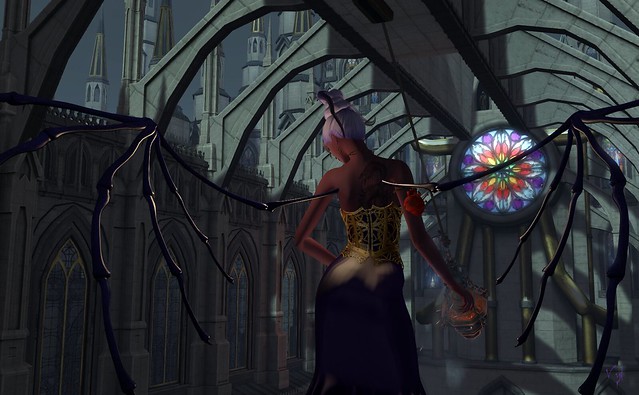 As night fell, Katja could leave her post and roam the city. Away from the intensity of the bells the thrum of life in the city was more palpable, the heartbeats of thousands following the beat of the swinging censer. Each of the lands had a place like this, or so it was said. Some would be recognisable, following principles which made sense to their understanding, some she knew, were far beyond it, for good or ill. This city was a place of healing. Every part of its design put in place for the benefit of those in need. The architecture held to mathmatical perfection, the golden ratio evident in the layout of the streets. Their censer spread the smoke of healing herbs, vitalizing from the dawn, calming and soothing from the dusk, easing residents into restful slumber. The tone of the bells, those high and low reverberated at frequencies encouraging healing, as though each spire held the power of a powerful cat's purr. Their work took its toll, they had made their choice, and felt the gratitude flowing from the world.