Caspar Rolypoly was grumpy. He allready had been the Penguin Santa last year. And this year he had to do it again. He did not enjoy at all to swim from ice floe to ice floe and to bring gifts. But then he got to the first ice float and was surprised. All were waiting for him and thanked him for being the Penguin Santa in the last year. They even had fish. 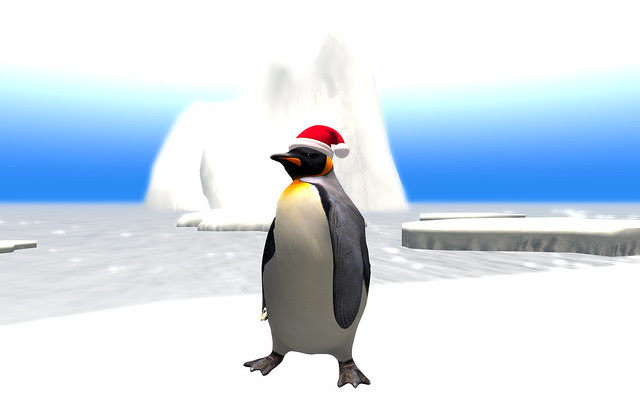 Each year there are so amazing gifts in the abranimations advent calendar. The penguin avatar is the gift today. It is completly made of mesh. And the textures are impressive. It could be worn with or without the santa hat. Included is also a fish which can be used to slap people. The avatar works with normal aos but includes also a special penguin like walk.
Its also possible to use normal static poses with it. The one on the picture actually comes from Purple Poses.