It had been a long way out of the matrix. But not long enough to cool her anger. Hidden behind her mask she pressed her eyes together when the pure light hit her eyes. 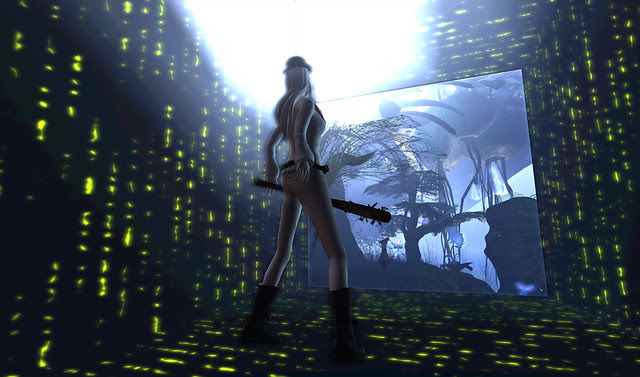 Oh she was ready and the dance would follow her beat. 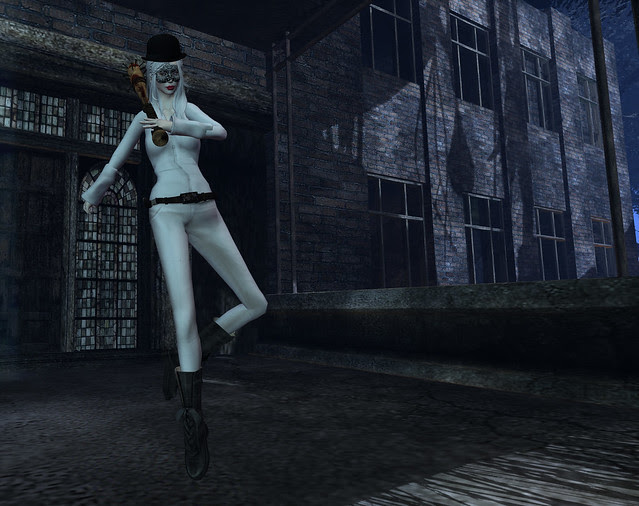 Clockwork Orange is one of those books and films which somehow always stayed in my mind.
The black boots from GOS somehow reminded me on it. So I decided to try to put an outfit together which would also remind others on it. GOS is currently having a sale in their location at the Truth District which hopefully will help them to cover the costs they have because their cat got badly injured and they want it to be fine again.
The sale contains more or less only items for females.
When pondering about a fitting weapon I remembered the Baseball bat Messer Co released some time ago. Besides of being useful in any CCS or Lindendamage fight it looks great. The bat comes in two different versions and has a resizescript as well as the possiblity to choose between different amounts of blood and dirt on the bat. It can either be worn in the hand or carried on the belt which also belongs to the set.
To find a fitting bowler I had the help of Paco Pooley, one of the owners of 22769 who told me that I might find one at the vintage fair. He did not remember which store made it but luckily  Ravi Shelter had blogged it and was able and willing to help.
He also recommended me the pose used in the second picture, it is a gift from H<>W Pose.
The pose on the first picture is contained in a prop which reminds on matrix. It is an other item in the sale to help with the vet costs and comes from Bent.
The Anais Hair from Wasabi Pills suits the look although it is long hair. But it goes great under hats as well as without them.
I m not sure if the guys in the film wear masks but the gin tattoo mask from #7 seems to fit to the outfit.
As shirt any white shirt works. This one belongs to a set from Phoenix Rising. It isn't possible to make the sleeves smaller but in this case that is bearable.
The white pants are available at the 100 L$ sale which still seems to be going on.

The pictures have been taken at a private sim. Send NightTurist an im if you are interested in visiting it. 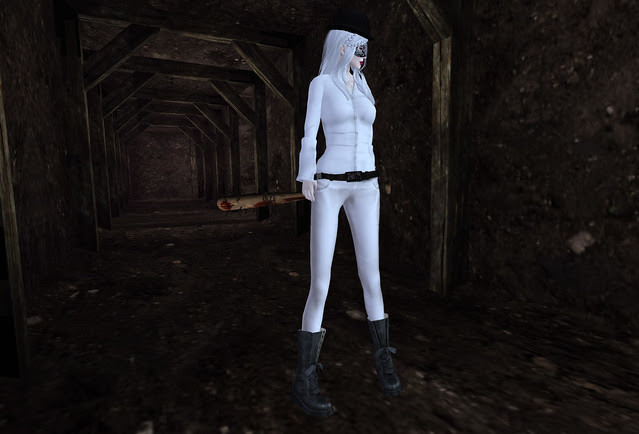