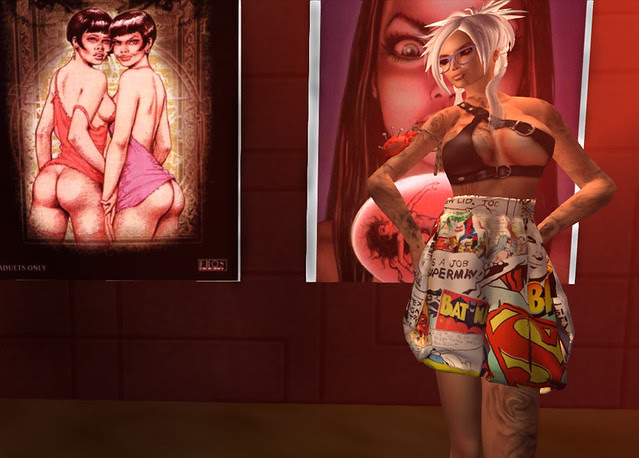 What did she care about the names they called her? They didn't know her, perhaps they never would, and that was their loss. Not their only loss, not by a long way. She pitied them, as they wouldn't experience the magic, the worlds you could slip into between the pages. Glossy and crisp, scented with ink straight from the printer, or crumbling old pulp that sucked the moisture from your fingers as you turned each leaf. Super heros and their arch rivals, each villain wicked in their own way, each and every character flawed, some weakness to be found and exploited, and through which, their only hope of redemption. 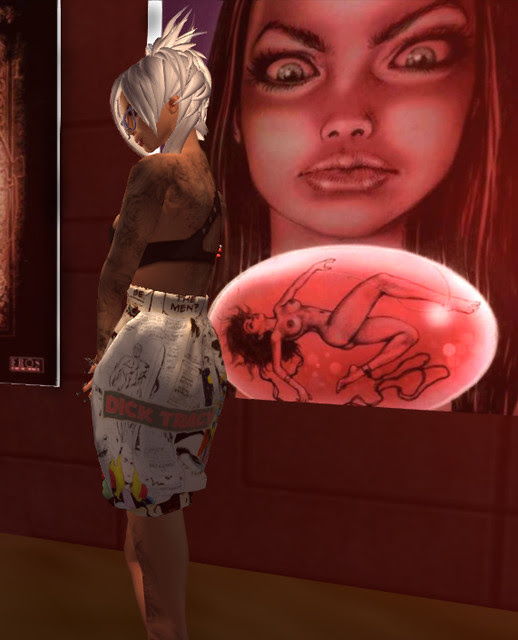 She never could decide which it would be better to be, hero or villain. As she browsed the latest arrivals at her favourite store, flipping their plastic wrapped covers, searching for something, not knowing what, other than that she would know it when she saw it. The same conclusion as ever came to her mind, fingers walking through the copies, closing on the faded print in its shiny protective envelope, lifting it reverently from the rack. It wasn't the character that mattered, she would be every one of them as her gaze fixed on their antics, frozen in each square. It was the story itself, and the chance to be part of it.

Stuff in Stock has a new theme! Its all about the comic, the graphic novel, whatever you like to call it. It's always nice to be able to add a bit of your past, or your heros to an outfit, and this is a perfect excuse. Here shown is the : S u g a r : Puff Skirt - Vintage Comic, available at Stuff in Stock for L$75. Its MESH, a puffball skirt, with the fabric made up of a collage of scraps from vintage printed comics, from Dick Tracy to Superman.

Email ThisBlogThis!Share to TwitterShare to FacebookShare to Pinterest
Labels: Mesh, S u g a r, stuff in stock