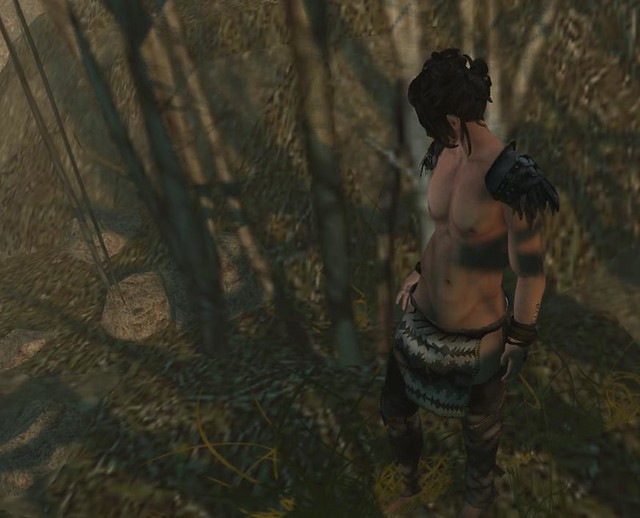 The dried up stream bed passed beneath Nahuel's feet without the slightest sound. Blades of grass folded, succumbing to his weight; twigs bent and stone ground against stone under him, muffled to muteness by the movement of his body, never erring, lithe on shoeless feet. He had come this way without thinking, no particular quarry in mind. The kills the previous day would feed the camp for at least another. Walking alone through the dawn was his intention, silently wandering through new territory to see what could be seen. 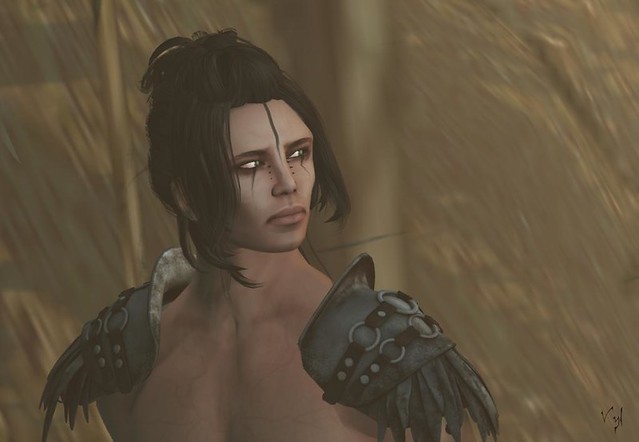 Not everything could hope to be so silent. In the stillness, the glow of golden early morning light seemed to dance on every surface it touched. Vibrations of light, such as a finely tuned ear could almost hear. Something caught his attention, the feeling and sensation of movement, though none could be seen when he turned his head to look. Out here, for the most part he was predator, not prey, that was the better part of the balance, the way it had been for most of his life. Times when strangers came were few, they had never left, but become part of their group, or had chosen a different path, taking nothing of themselves with them but spirit. Spirits seemed to move from fading to lingering shadows, something was walking with him in the glade. 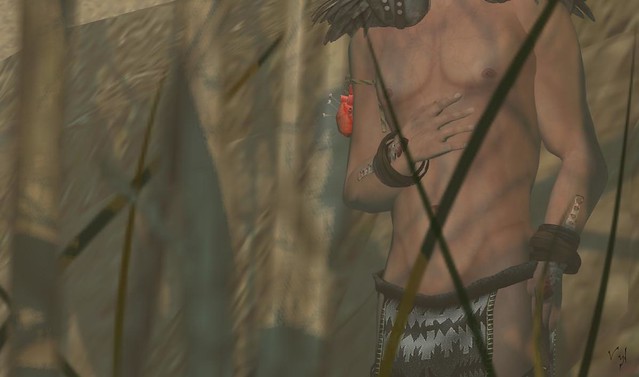 Welcome to The Arena!
Finding a lack of events for the men of the fantasy realm, the creatives behind the Fantasy Gacha Carnival have organised The Arena to cater to this need! A shiny new event, which will run quarterly, offers patrons an array designers with fantasy and RP items both directly for sale, and in gachas. The event opened on 5th April - get along and have a look!
The Arena

Part of a range of clothing and skins available from !gO! at The Arena, look good all on their own!
Wrist Daggers : 7mad;Ravens Knife Fight Bloody    L$ 199
Who wouldn't need a bloody knife strapped to their arm? Not me!