It would become known all around the world as the Summer of Love. In the dawning days of the year however, you could have been mistaken for believing the snow and ice would last forever. Down in the caverns where the earth stayed warm through the winter only thanks to the magma flowing slowly beneath the rocks Eddyn and her kin waited, and worked. Without their efforts in years past, those who above replenished the soil with the blood of their enemies would have starved through the long winters that followed. Time passed differently down in the grottoes, slumber lasted from season to season, the truth of the land rather than the spinning of the globe dictated their working hours. One of the first to awaken, Eddyn tended the early toadstools, easing their caps through the soil between the crystals. 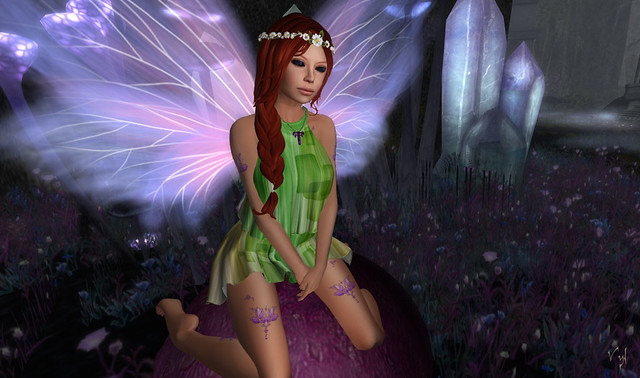 Being up so early was a blessing. Long had Eddyn been teased by others for her appearance. Similarities to a certain fictional fae were as clear as they were annoying, and the last few seasons had caused the others more mirth than ever thanks to a certain cartoon movie. Rising early gave her time without so many whispers and giggles. Time to let the new world wash over her, to rise into the light, to feel warmth from sun rather than stone, and at last, at long last, feel the new rhythm now pulsing through existence. 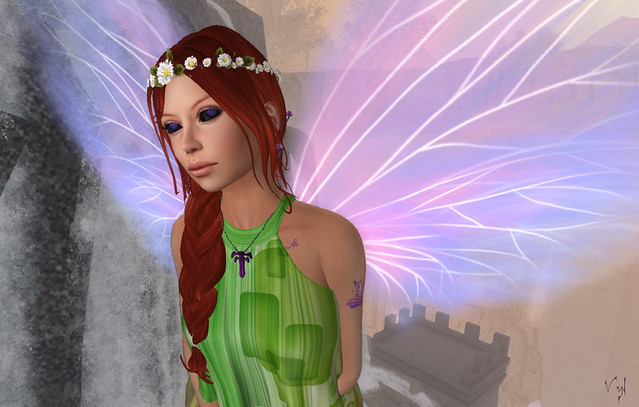 Spring was here, life was bursting anew all over. All of it light, laughter both delicate and kind bubbled at the edges of everything. Music and scented smoke flowed from leaves along rays of sunshine. Eddyn intended to enjoy it fully, her work for the time being complete. The beat was set, she followed it, adding her own. The world warmed toward summer, time for some fun. 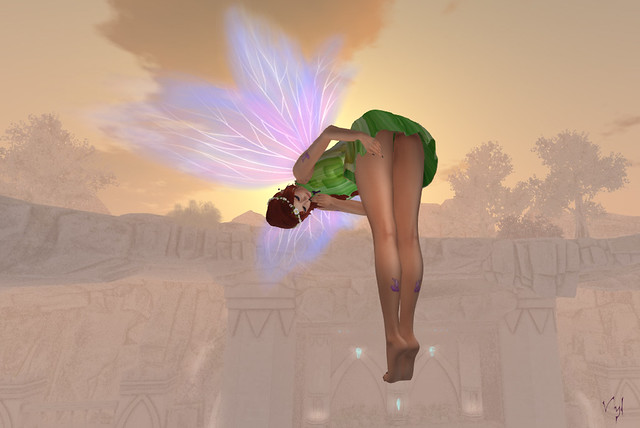 Well, well, well. Not just three holes in the ground!
A whole year gone by already - and back we are again with another Fantasy Faire, raising money for the American Cancer Society! There are SIXTEEN SIMS this year. All as beautiful and unique as ever. Jawdroppingly so. Certainly Linden droppingly so! Items shown are sold to raise money to help those facing cancer here in the real world. Treat yourself, and help make life not only more bearable, but more possible for people you may never meet.