The Bard Queen's Garden - Quest at the Fantasy Faire 2020 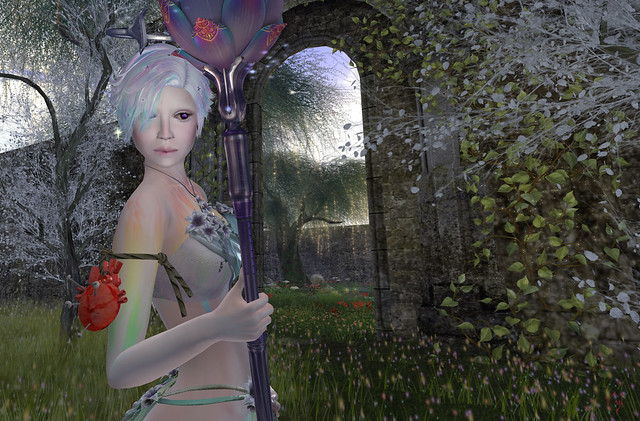 The Queen's Garden had been busier than usual lately. Hestia had felt the presence of first one, then another. More and more, coming in pairs and groups, until the essence of thousands of souls drifted through the leaves, sparkling in the morning dew. Something had called them thither, as a guardian Hestia was sure she should know what... "Must have been too long trimming the henbane..." she mused to herself, "Can't for the life of me remember..." 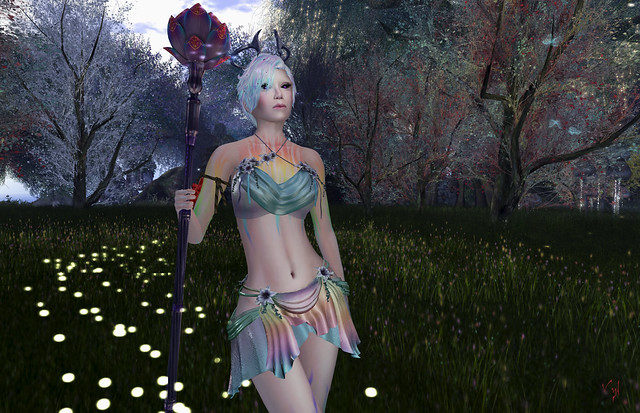 It had something to do with the time of year, always as the bluebells were in bloom the people appeared. Year on year, some of them felt familiar. She had never actually seen them of course, the garden existed on countless planes, it was often more difficult to find anyone you were looking for than it was to avoid them. Wandering along the twisting paths her gaze swept the curves of the stream, attention caught by jugs and pots left out unattended. "What on earth?"
This incongruity was milder than previous years... a small, distant chime of memory began. "Things out of place... bluebells in bloom... Strange things, strange souls. Old souls, new souls... things out of place, people out of..." Hestia snapped her fingers as understanding clicked. "The Quest!"
There had been no looming dread, no worry and whispers among the Fairefolk as in previous years, the garden had been blooming with more beauty than ever, and here was the cause. The quest was not having to rescue or rebuild, it had taken a new form, thanks to the Bard Queen. Now these thousands of souls were helping the garden to grow, and new life was bursting from all sides. 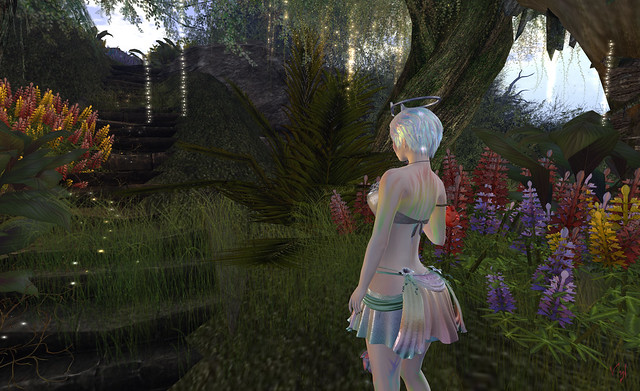 The Fairelands Quest! Each year a Fairelands Wide search, guided by a helpful HUD, and video messages fom the Bard Queen herself. You can find the HUDs at the TP point of each Fairelands SIM - including a deluxe HUD which contains quest outfits for males and females for just L$350, 100% of which is a donation to Relay for Life. Given the AVALANCHE of gifts from the amazing and generous Fairelands creators you receive on completing the quest, the indepth rummage through SIMs letting you find amazing nooks and crannies you may otherwise have missed, and the camaraderie you build with others also searching, this may just be the best purchase you can make at the Faire.

All items listed are 100% donation to Relay for Life