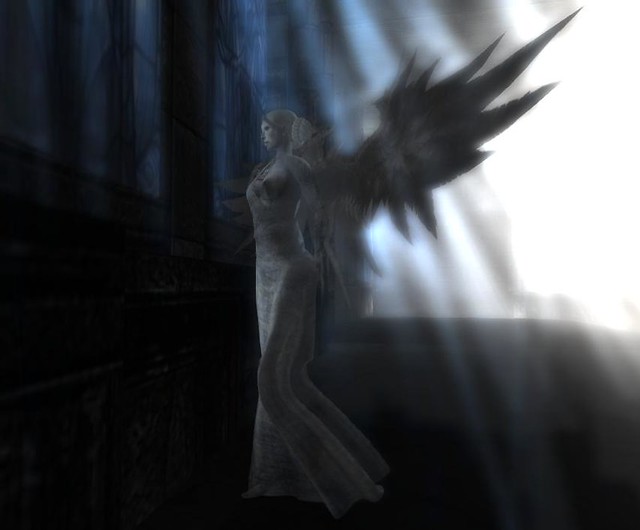 On the darkest nights, when even the coldest winds blew, clouds would shift across the sky and moonbeams would caress the earth. Moonbeams and the occasional rat or crow had been the only visitors to the Sanctum in more years than any residing there cared to remember. Decades past, the dessicated acolytes had joined the bones of the saints they tended, leaving the sacred places to the winds and the walls. 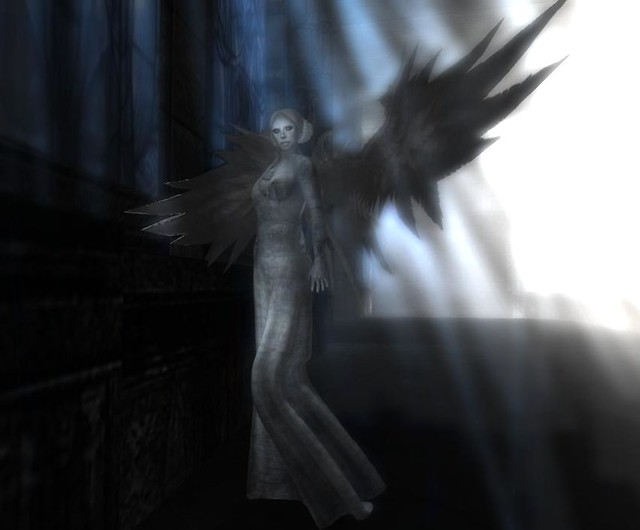 Now, in the light as much as the darkness, it was the walls that should be watched. Too long without the hope and prayers of the living, the stone, imbued with centuries of hope through the deepest despair, took on the mantle of the living. As with all creatures, each had a talent, each leaned their own way, and followed their own path. Aeleth had rested where she was hewn, atop the corner plinth, flanked by stained glass windows reaching in both directions along a neglected corridor behind the sept. It was here, however, that generations of one family had come to see her. Each mischievous daughter or son brought their own child in turn to greet her, bringing gifts of flowers and broken things, even into their old age. Monks passed her by without a glance, the sisters paid little more heed. Her beauty was not for the pious, nor the dogmatic. The kindness of her face was cherished by those who ached with some unspoken pain. The glint in her eyes drew troublemakers to her, seeking blessings to carry off pranks without a hitch. She was built from these prayers, these hopes, these dreams as much as she was solid stone. As with the turning of the worlds, once again people were venturing through the hallowed halls. Now they could expect to meet with more than just a benign smile. Now, she intended to do whatever she could to ease their pain, this was her calling; but she knew to some she would appear frightful, so she would always, always play tricks... 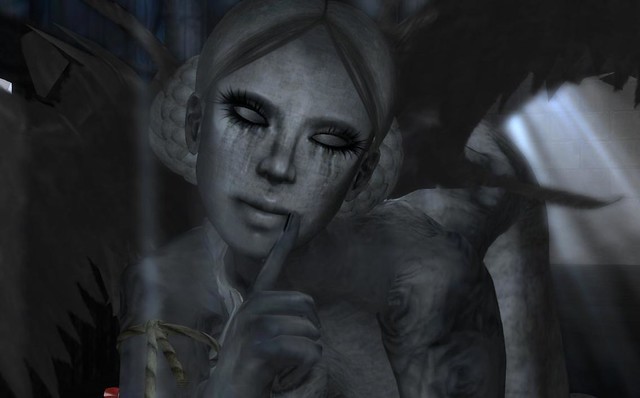 Hope that didn't scare you off visiting the Fantasy Faire!
Aeleth resides in the Fairelands, in Sanctum to be exact. Her home, crafted by Alia Baroque of Fallen Gods, the sponsor of the sim, was understandably overflowing with visitors, so here's just the one picture of her in her actual habitat... 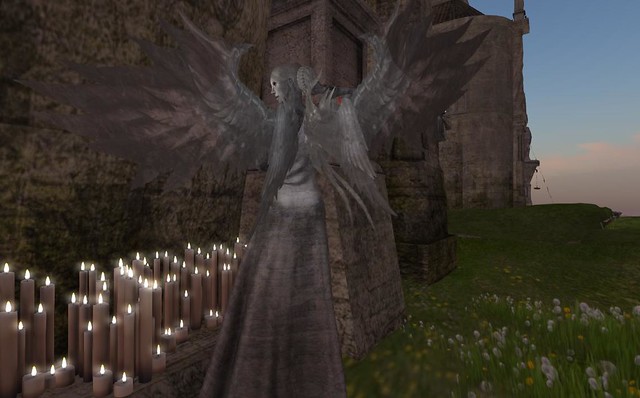 Aeleth wears :
Fallen Gods Inc  ~ LACRIMOSA Female Weeping. L$ 800 - RFL Vendor
This set, skin and tunic is beyond incredible. The texturing is so disturbingly realistic, you would expect to see motes of stone dust shaking free with each movement. In the set, you receive two skins, the one worn here, and a PG version. Matching eyes are included. The tunic comes in six MESH sizes, from XXS to L. Also included are appliers for hands, feet, fingernails, toenails and Lolas Tangos. When I'm not blogging during the Faire, I'll be shopping, and mebbes just jumping out at people in this!
MacMoragh & Muse ~ Stone Acessories for FG Lacrimosa skin - RFL Vendors
Clearly, I am far from the only one inspired by this set. AineMari Flanagan (The Muse) asked if anyone else had fallen for the skin, and was kind enough to share the items made by them as soon as they saw what was on offer - even replacing all items in their RFL vendors, such was their rapture. They have done an amazing job. As an addition to the ensemble - the hair and wings are perfect, the detailing amazing.

If you are as captivated by this stone as we, just follow the link above, and get Relaying!