Skyfall to a new World 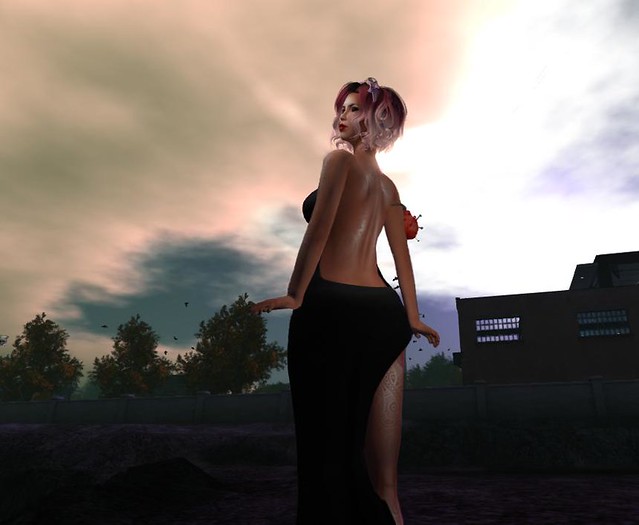 The world had changed. The sky had fallen. One way of life ended, and another began. The change had been abrupt, though it had started decades past. People had refused to see it. People had denied it, even once the effects of change were manifest. Only once it was too late did their eyes, blinded by scales of profit, finally clear. Only then went up the cry of the elite, echoing that which others had sung for years. "We need to change!" All too soon these belated truths turned to others... "It's too late." Denial turned to despair, and the aching search for someone to blame besides themselves. "Why were we not told?" "It's not our fault..." Shards of sky fell, tumbling down, scything through oceans and smashing the cities. High above, there was a new sky, and far below, new people to enjoy it. Not everything from the world before had passed into nothingness, it never had and it never would. New beings formed from all things into which creativity had been poured. All which had been loved found new form here. From the cloth she had once been, the weaver's care gave her breath. The world's old desires and pleasures gave her purpose, and a hunger. Her old design still lingered, silvery light now on her skin, her past showing clear. Her creator's taste for donuts found a place in her also, never anticipated, she intended to enjoy it, and this new world, for all it was worth. 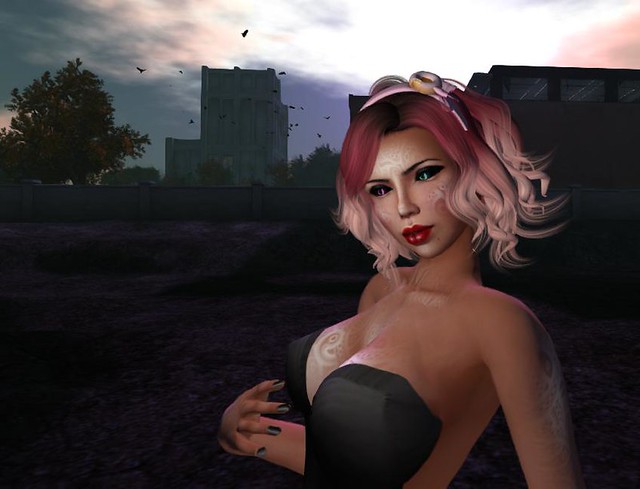 There are times when I can be misanthropic. Even at those times, so I'm told, my rantings are hilarious enough to make it worthwhile. Other times, I'm blown away by how helpful people can be - cue the superfriends who can pick out and name a hairstyle I'm looking for from an image with no credits! <3

Folly, formerly Skinthesis, has opened a new mainstore, and Cane has produced some amazing tintable tattoos for the occasion. They come in Dark, Med and Light tones, but can be modded to your heart's content. They also come with appliers, making them even more versatile for those with body add ons!
Folly

The lovely Io at YumYums is at her headband madness again - seriously some of the upcoming releases are so glittery I nearly died -. This donut version was a taster (groan - didn't even intend that pun as I typed it) - keep eyes out at the mainstore for newness soon!
YumYums

There is a free script available on Marketplace which allows more flexibility with clothing layers on your Lolas. I know in the past I have managed to have more than one layer showing, but I'd be damned if I could recreate that spark of genius. This script - produced by the Lola's creator - allows this with ease. The images above show the applier blending the skintone, 'dress bra' showing the tattoo, and 'dress top' showing the dress. All changeable by HUD, or by chat command. Perfect!
Posted by Vyl at 8:42 AM