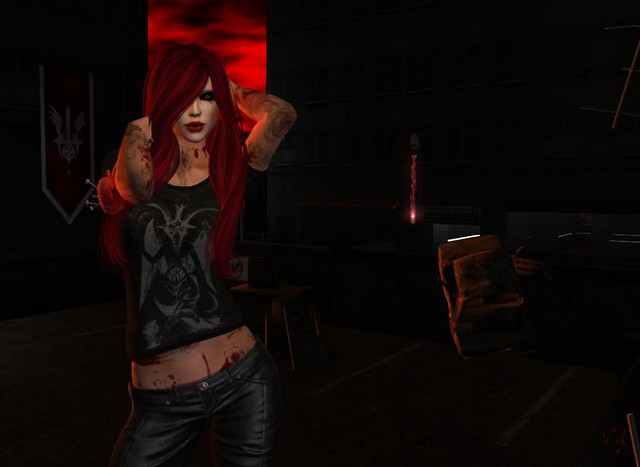 The city burned around her as she stood on her usual perch, the column gatepost of the Bloodbank lot. So much had changed here in the years since the fall through the rift, buildings had come and go, only some had made it this far unscathed, or with any whiff of their original function, and even these were now cracking and crumbling in the heat of the flames. 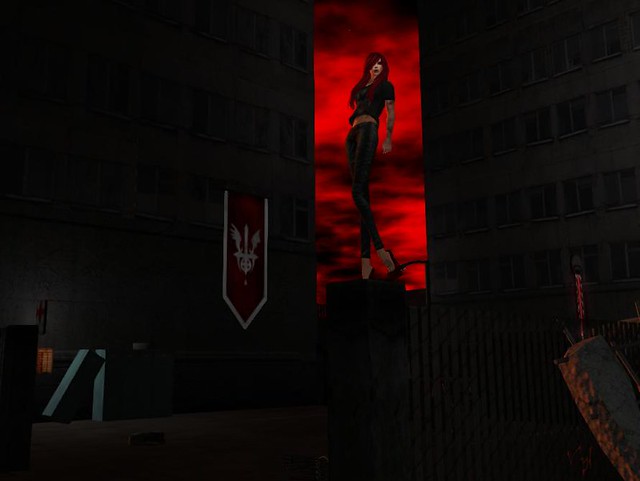 From here, she could see all roads leading to the bank. High enough up to feel more free, out of any crowds that may gather, but keeping these well within sarcasm range, and certainly able to reach most visitors with the flick of a well aimed peanut. The city had been through a lot lately, what with the giant psychotic squid, its squidlings and the flood that had ensued. Floods were nothing new, the city even smelled a little fresher for a while, and at least this time, flames had followed, burning away sludgy residue. 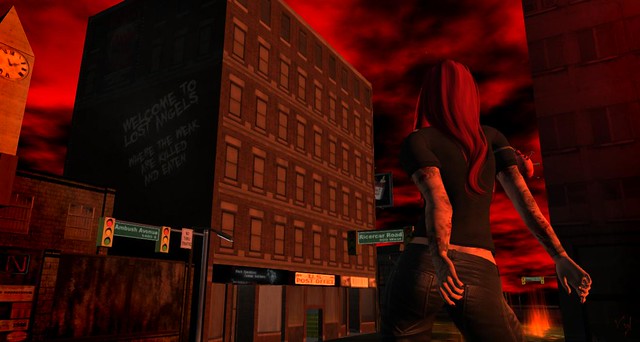 She felt no fear of the flames, though many citizens had fled. Fire had been her pain relief, her saviour, had kept the shreds of her sanity safe from the howling horrors at the core of her mind. What would come next, she could only imagine, and enjoy the rare sensation of warmth on her skin.

Apologies, current RP logs are saved on my home PC - so ya'll have to make do with some of Vyl's musings on the destruction of the City of Lost Angels. There are many things I hope will stay in the new build - the Addams Family Garden of Eden Nudes that have always graced the bar, be it The Last Round - or The Zodiac. Obviously the Taxi! In CoLA, the graffiti often provides the most succinct and profound life lessons - whether it's 'improvements' Vyl scribbled over other factions' posters, or the longer lasting... Just remember folks;
The cake is a lie.
and Lost Angels will always be the place where the weak are killed, and eaten.