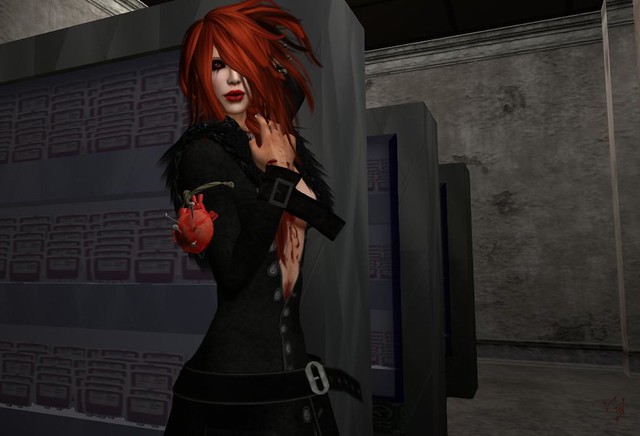 Vyl “Speaking of… have You donated lately Xen?”
Xen tilted his head to the side a little. “No…I havent"
Vyl tsked softly “That needs remedied”
Xen took a step back “Well when someone tells me what it is used for... I will consider it"
Vyl smiled “It’s used like all the other blood we take in there.. for transfusions in the med centres across the city.”
Xen nods "and you have no fear of the blood being used for less good causes?" he eyed her closely, remembering his blood being forcibly taken and used in some potions
Vyl’s smile turned into a grin. “I have no fear of most things.. and absolutely none where it comes to the bank.”she paused, “C'mon then Xen.. even if I don’t get yer shirt off ya'll at least have to roll yer sleeve up.”
Xen laughed "Well Vyl you know what that would take." Chuckling he followed her into the bank, removing his coat once inside.
Vyl whistled "The stripper"
Xen dangled his coat before twirling it, then tossing it across to Vyl
Vyl sidestepped it as she went to the counter, laughing as she collected another donor kit "Im not a coat rack.. and yer gonna need to roll up that sleeve.."
Xen smiled “And there I thought it was all inclusive” he pulled off his gloves before rolling up his sleeve
Vyl ripped open the kit, checking the contents briefly. Bending she hung the IV bag on the lowest hook of the stand, connecting the tubing as she spoke.. "So... nice as possible? Or do ya want to see how far away I can be and still hit the vein with the needle?" 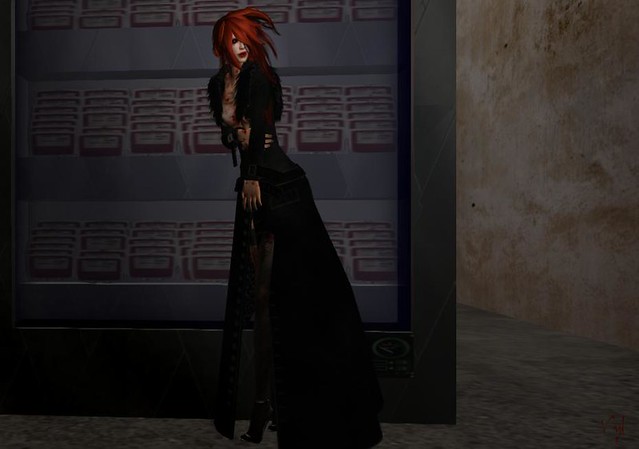 Xen eyed her a little warily "Just do as you normally would, I have no preference.”
Vyl chuckled softly, connecting the needle to the end of the tubing. "Very well, gimme yer arm then." Xen raised his arm, stretching it a little, looking down to watch Vyl take it in her grasp
Vyl traced the cold tip of her forefinger across the skin at the crook of Xen’s elbow, her blood calling to his, starting with a tingling sensation, she called it to rise to the surface, the red cells flowing within pushing higher, as if trying to meet her touch. "Dont expect this from any other phlebotomist here.. anyone else doesn’t follow protocol and I’ll flay them.."
Xen nodded, “I meant to ask you last night about lycans, do they always leave one in each of their areas? You know when they go walkies…”
Vyl shook her head "Not at all times.. depends who’s around when.. and wanting to do what where.." she bent her head to his arm, lips parting she licked over the skin covering the now raised vein, setting it tingling with numbness before she tilted her head, piercing the vessel with a single fang. Withdrawing she slid the needle into the puncture, securing it in place with tape from the pack.
Xen opened and closed his fist, watching Vyl trace her fingers along a vein, relaxing back into the chair aware of the needle but more interested in the procedure.
Vyl straightend slowly, running her tongue across the bloodied fang. "Feel alright?"
Xen looked at the needle, eyes following the tube running to the collector "Feels fine, thanks"
Vyl pulled the papers from the pack.. "Time for the questionnaire…Race?"
Xen grinned “Now? I'm a little busy you know and would probably beat you"
Vyl smiled sweetly and reached out, flicking the IV line, checking it was flowing properly, but also making the needle jump a bit in Xen’s arm..
Xen winced "Vampire"
Vyl chuckled again “Good good.. all reasonable so far.. now, do ya know yer bloodtype?"
Xen curls his fingers a little as the needle jumps "No, I usually take it, not give it." 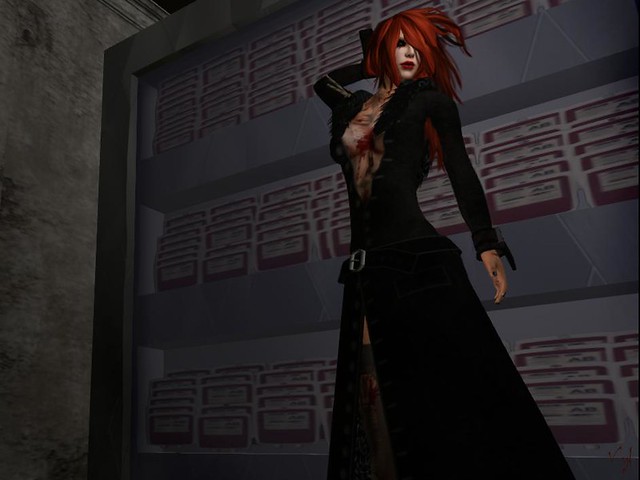 Vyl nodded.. "You know how to test? I’ll be testing this… but for future reference?"
Xen tilted his head to one side "Yes?"
Vyl mimicked the motion “Yes? That a question or a confirmation? Xen shrugged “A question. "
Vyl nodded “Ah… I’ll walk you through it sometime then...” she tapped the form with her pen “Any known ailments or diseases?
Xen looks at his healing hands " only to Arch Angels" he muttered.. “but none other than that which I know of"
Vyl nodded "Burns clearing up alright?"
Xen sighed “Yeah the comfrey paste has helped. I may be able to stop wearing the gloves soon."
Vyl eyed the filling bloodbag.. "Arm feelin' alright still?"
Xen flexed his fingers again “A little tingling but so far so good "
Vyl chuckled softly "Well good.. wouldn’t want people think I damage donors.."
Xen laughed “As if you would" he shook his head “You know down lost beach two nights ago there were about 12 of the lycans, recognised a couple of them."
Vyl thought back.. "Wedding.."
Xen smirked “I wondered why they were all dressed up, that would explain it
Vyl grinned "Can happen, even with them" bending her head to his arm again she placed her tongue flat over the needle, peeling away the securing tape and easing the needle free of the flesh. Slowly licking over the puncture, she healed it without leaving a mark.
Xen smiled and raised his arm, turning it slightly to look at the healed wound, nodding with pleased approval. "You do a good job of that…"
Vyl grinned as she straightened, snapping the valve on the IV and lifting the bag from the low hook. "Well practiced..."

Donation RP - Timeless for Vyl, the Bloodbank Manager. She can make it easy, or hard, depending entirely on your tastes, and the amusement it might bring her. In a city that rarely gets through an hour, never mind a night without spilling blood, the only means for the wounded to be 'topped up' is the Bank. She takes it seriously... that said, she might have managed to find some mouldy cookies for the donors, but more than likely, some fresh meat. Just don't look to close at the tattoo on the skin...