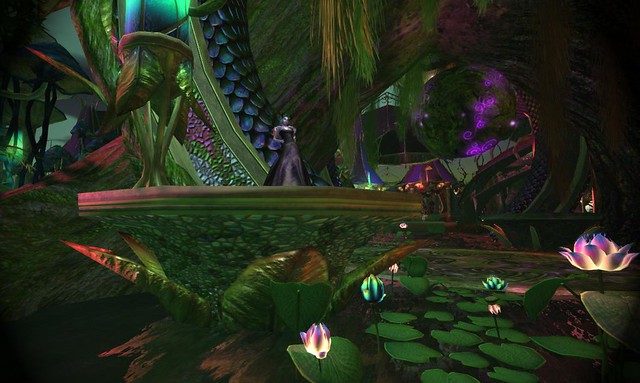 The Faery Court had emerged from the crystalline waters at the turn of the new moon. It could not last long in the world of mortals, their disbelief wore away at it,scale and wing. It would fade once more before it was in tatters. While it lasted its unearthly beauty would be seen by those daring or unselfish enough to venture there. Not all who came did so with the intention of doing good, some fuelled by greed and the desire only to obtain... but these were the minority. Even a Fae as cynical as Vespyra knew that. 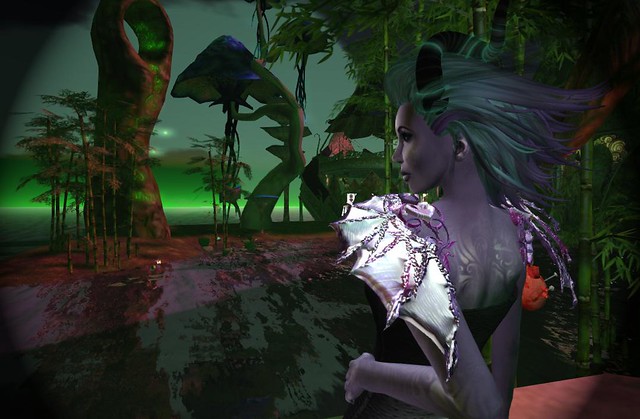 Cynical may after all be too harsh a term to describe her, she had been hurt, deeply, time and again by the losses in the world. Those she saw and felt taken too soon. When her realm slid seamlessly into that of mortal folk, she felt it all the more keenly, yet still she came. She came as here, there was the only hope. Here was the only proof that each void left by a loved one gone would eventually be filled with light, the pain draining as rainfall back to the sea, the remaining space swelling with love and care which never died. For each adventurer visiting the court for personal gain, there were hundreds more walking to a different beat, their hearts filled with longing for something unobtainable, each with a will to fight what seemed impossible. Battles had been lost along the way, and sadly there would be more to come. The fight was what mattered, eventually the war would be won. 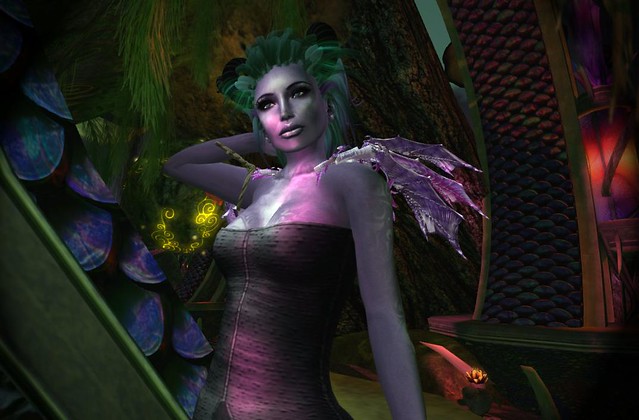 Memories would linger on. Though those of pain and loss were freshest, others would endure far longer. Glimpses of lives played out like movie reels, seconds lasting lifetimes in the hearts and minds of those left behind. Mourning the loss would always be part, as for the rest, celebrate and dance.


One of the Blogger challenges this year for those of us covering the Fantasy Faire is 'Why I Relay'. This is not one I thought I would try, but here I am anyway. I had been exceptionally lucky in life, to have never really been affected by cancer. Those in the family who may have had, or even died from the disease were distant, not really people I knew at all. In the past few years this has changed. My Aunt found a lump, faced and fought everything that followed so bravely. Her fight came to an end so suddenly, that even six months on, it's a surprise and a shock that she isn't there. While in Second Life, the Fantasy Faire Relay for Life is associated with the American Cancer Society, Relay is now active in 20 countries, including my patch of earth with Cancer Research UK. No matter where in the world you find yourself, money going to research to beat this disease can only be a good thing. The sooner we stop losing loved ones the better. This has been my first Faire since losing my Aunt, and it has been emotional. I can't thank the creators enough for the amazing items they put up in their Relay for Life vendors - from which all proceeds go to the charity. I've covered the event for three years now, the cause has always been important. Now, it's personal.

We have been so lucky with items donated by creators. I've had the pleasure of meeting several face to face during the course of the Faire, their generosity is a little overwhelming at times. Thank you all so much!!!
Posted by Vyl at 9:12 AM