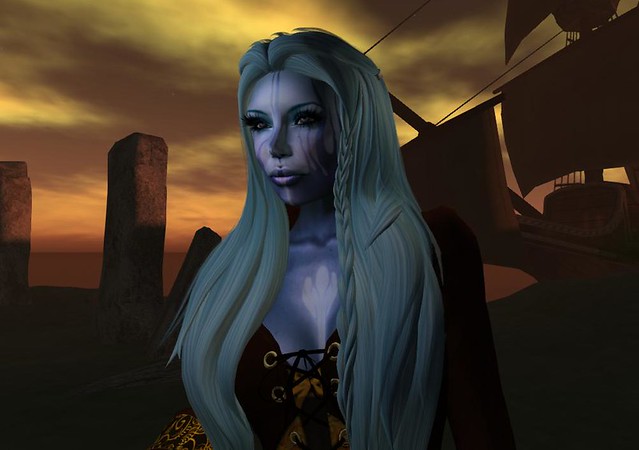 Beila had sailed all seven of the seas in her ship The Golden Pig, searching, searching. Guided by sun and stars, sails unfurled and fell slack with each capricious gust of of wind. One by one the crew had shown their true colours. Some slunk away in the night, more at each port they reached. Some missed home, and she could understand that, though it was a lesser ache for her than that which drove her on. 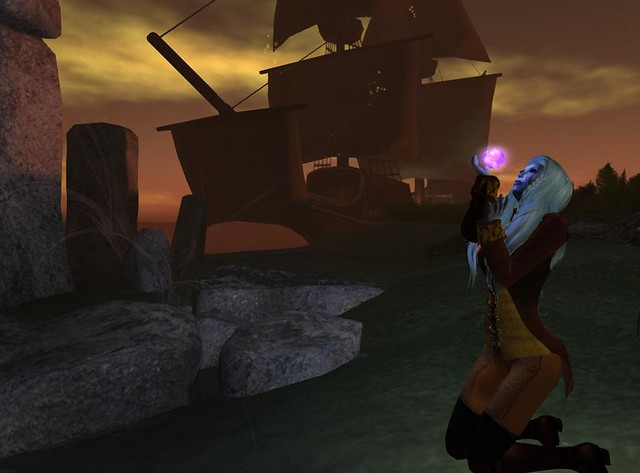 Finally, the Golden Pig had emerged from swirling mists which had engulfed it for what had felt like weeks. The setting sun illuminated the isle, glinting from quartz in the rocks, each reflecting light as she followed the trail. There, in the hollow surrounded by guardians of stone, was what she had sought. The orb resonated in Beila's hand as she raised it, gazing into its swirling depths. 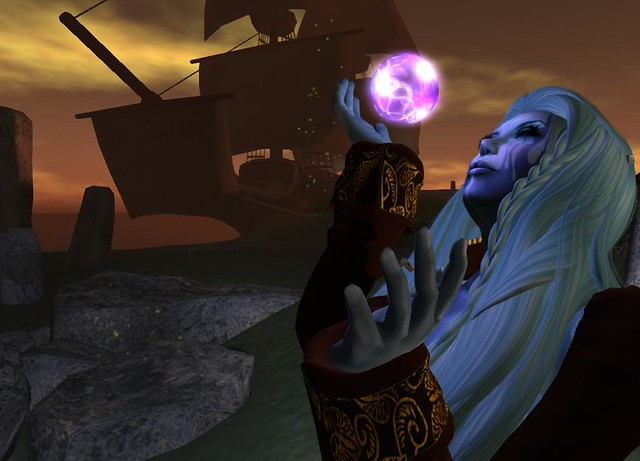 The small glowing object was the most precious of all things, Beila knew this to be true. Others valued gold and jewels, they had their charms, for many years she had pursued them herself. Life on and off the high seas had taught her the error of her ways, that there was a deeper truth, a more important goal. What she sought was not just for herself. Treasure to be hoarded was a selfish goal she no longer craved. This small glowing thing, held so easily in her hand was for the world entire. She would bring them hope. 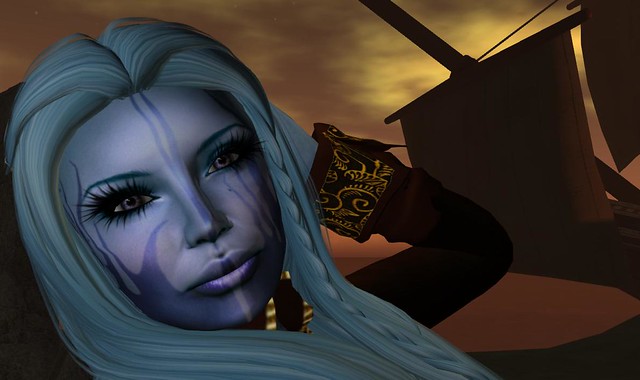 Once again... I'm blown away by the creators, their creations, and the generosity all swirling in a beautiful maelstrom around the Fairelands! Yesterday we were heading for an epic milestone raised for RFL... Keep it up beautiful people!

Skin : DLS~ Ceredil - Candace - Chameleon  L$ 899 RFL Item
This pack includes light and dark skins, three tattoo tinter layers, MESH ears in three styles, Appliers for SLink, Nails, Lolas and Lush. Four MESH eyes and a Shape! The detailing on the skin is beautiful!
Hair :  /Wasabi Pills/ Darienne Mesh Hair-Crystals Edition  L$ 200 RFL Item
Eyes : Musa Opal Eyes RFL Limited color  Shade 1. L$ 150 RFL Item
Outfit : GW Pirate Anne Brown (Boxed)  L$ 300 RFL Item
Arrrh me hearties! For all pirates out there, this is a fanastic set, a mixture of system clothes, and MESH. The pants and boots in one are a great notion. Gold filigree embroidery on the jacket shows, as a pirate, you are pretty good at what you do!
Pose (Kneeling) : !Musa! RFL Pose 01  L$ 80 RFL Item
Glowing orb of hope included!
Posted by Vyl at 1:52 AM