"Ooowh"
The dull ache in my head was what had woken me... or was it the damp? Lying here I was becoming more aware of both with each passing moment. Drinking with the Fairefolk? I should have known better.
"Oh gods..." I moaned, right hand rising to press against my temples, fingers and thumb massaging slow circles as my left explored my surroundings, sliding through sodden grass into a pool of water, emerging with, of all things, a toad. Its skin was slimy and cool beneath my touch. A soft smile curled the corners of my lips, despite the pounding in my head, as I couldn't be too far from home after all. Opening my eyes however, I had no memory of this place. 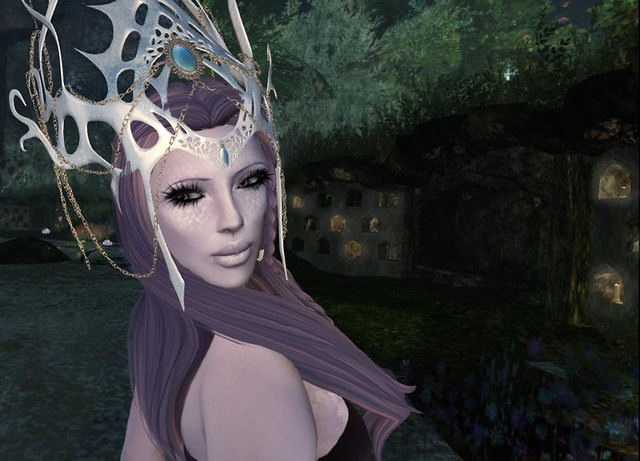 Bringing the toad closer, the soft scales of of my own skin reflected in its swamp black eyes, I kissed it gently. Long moments we regarded each other, neither of us shifting form to match the other, no fairytale romance this time. Bending to return my latest non-prince to the marshy ground, writing etched on the back on my hand swam in and out of focus. Blinking, I tried hard to clear my head, finally able to read what was scrawled there... It, and other details of the previous night came flooding back.
"The Jolly Crocodile..." A sigh escaped my lips as memory returned in painful swallows. I would have to go back. I had unfinished business with a human there, one who had been propping up the bar all night.
"Aloysius Fimbleby." 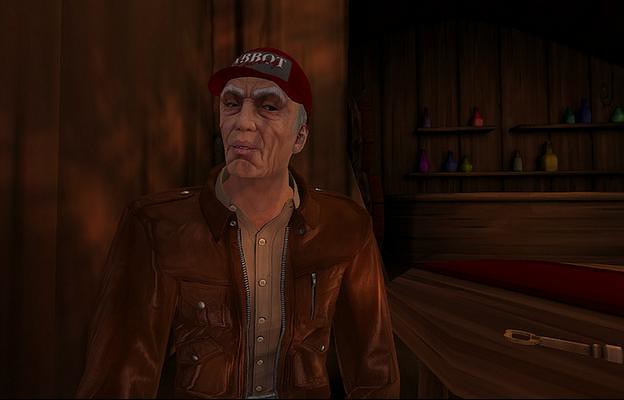 Fimbleby had matched me, and others of the crowd drink for drink that night. There was something about him though, something I couldn't quite put my finger on. Perhaps it had after all been water in those bottles he drank. As the hours went by, he seemed at least as sober as when I had arrived while I was certainly not. There had been something about a bet, a wager or challenge? I had to head back to the area near the bar to find out what I had let myself in for. Something floated up from the depths of memory just as my bare feet stepped from marsh to sand, Fimbleby's voice echoing in my ears. A clue... A bargain had clearly been struck last night. 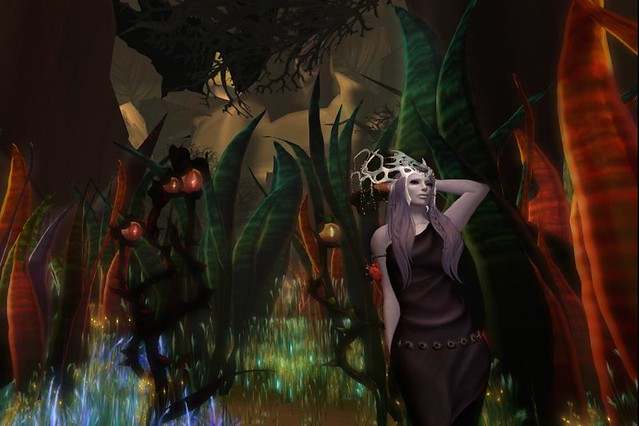 Walking through the dunes, feeling eyes upon me, I felt somehow this barfly was able to see my every move. Perhaps he was. Following the clue, I searched the surrounding area for what it could mean. As I came upon what I felt for sure was the answer, snapping my fingers and naming it aloud in triumph, my voice was answered by Fimbleby's as though we had been in conversation all along. There were clues, he said, clues he would give if I journeyed throughout the Fairelands. All riddles had to be answered and only if I succeeded would he give me a golden key. Of what this key would open he gave no hint, other than it would be worth my while. How could I refuse? I had already begun... 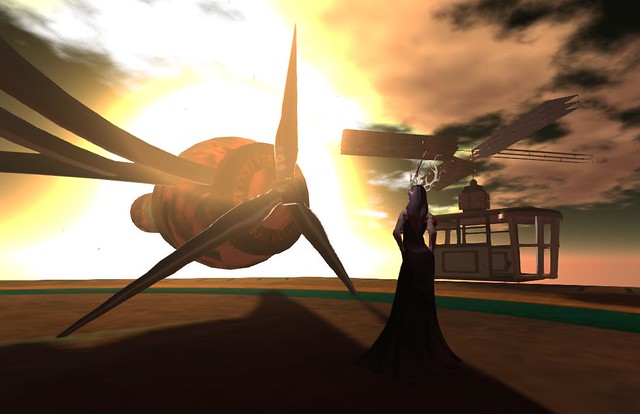 The Palace of Tears is this year's immersive hunt at the Fantasy Faire.
You can purchase the HUD at the landing point of any of the Faire SIMS for L$250. The HUD will tell you in local chat exactly what you need to do, and where you should head. There are cut scenes as well as inworld text, which can pop up in your SL viewer, or externally on youtube. Each SIM of the Fantasy Faire has it's own riddle for you to solve - I've made sure not to include any spoilers here! Once you have solved them all, you are ready for Part Two - which should go live today at noon SLT.
My favourite thing about these hunts is that they truly showcase the amazing work of the SIM creators. Shopping can get a bit tunnel vision, even in these surroundings. This quest ensures everyone taking part really sees each location, and can appreciate all the hard work put in to make them so beautiful. The images here were taken at Fairelands Junction Wiggenstead Mooring  Asperatus

All items below are in Relay For Life vendors.