Amour jumping innocently around. But had done a lot of mischief today allready. She made a taxidriver fall for the daughter of the boss of the railway. The butcher fall for the librarian (she was a vegetarian librarian) and caused some more trouble. 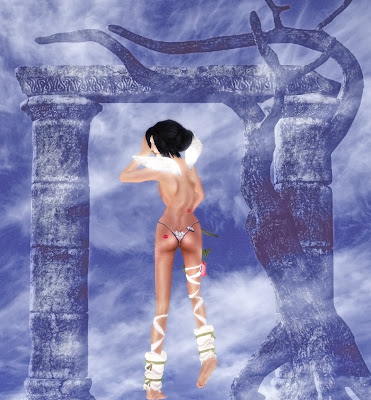 This rather skin showing costume is a huntgift from SeVered GarDeN in the Valentines Diva hunt. And it is rather cute. The Wings are cute, the idea of an arrow for the mouth is cute and i love the bands for the legs. Of course its not an outfit everybody could wear at work. But it is very nice. 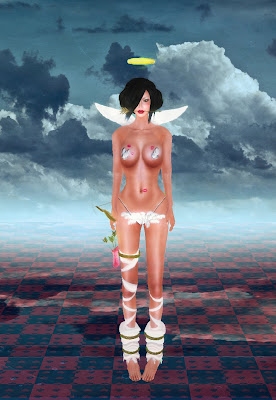 For those pictures i played around with pictures i took in a greenscreen and background i found on flickr. Here the link to the first and the second background. I somehow doubt that will make more pictures on that way bu its intresting.
Posted by Dagmar Haiku at 1:47 PM