He knew that he should have known that it would happen. After her best friend got such a nice engagement ring she was furious. Now she started to talk again about that ring. And she even demanded that he would buy her a more pretty one. Platin and gold was what she demanded. If he would have demanded something from her it would have been to shut up. But he was a gentleman. So he just listened and nodded and listened again. Till he asked instead of her the sister of his best friend if she would like to marry him.

22769 have as last year a valentines store hunt. The hunt gifts somehow remind me on cowboys i guess this was also the intent. For the women the prize is a dress which could either be worn with or without the jeans. Both gender get a hat. For men the prize is a jacket with a vest under it and also jeans. The hunt will start at the 10th and end at the 15th. 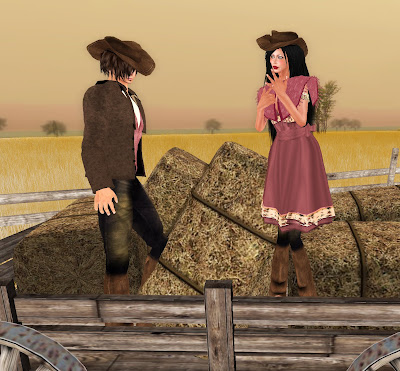