At friday Japan suffered under a horrible earthquake, a tsunami and now it is in danger to get polluted with radioactive radiation as an atomic power plant got out of control. The second life community reacted with organizing an event to help. The Pacific Crisis Fundraiser will start tomorrow. Lots of designers donate items and the money will be collected and donated to the charity Americares.

22769 decided to take part in this event and designed a pink version of their LEDAO Kimono dress for the event. The dress has some steampunk elements and is not a pure kimono it more mixes kimono elements with a elegant dress. I alwas get reminded at Jugendstil by the cut of the dress. The dress is a 100% donation item and sold in the 22769 store and also at the pacific crisis fundraiser. 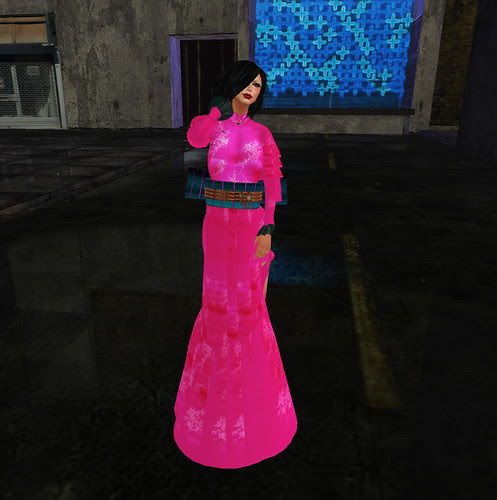 22769 also have a new groupgift. This time they created a white sweater with black leather pants. As seeable on the picture it comes in a version for males and females. The guy on the picture is Paco from 22769 himself by the way. He is a bit in disguise as he always changes his look for taking the pictures of his items. He had a lot of fun with a face animator at this day. 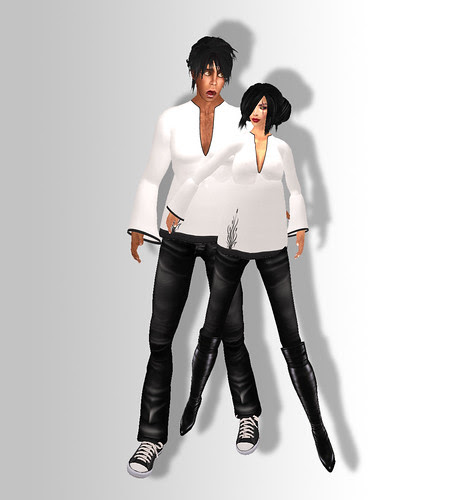