Gifts from a Dragon

She had loved the dragon and his gifts. And this year his gift had been amazing. The dragon molted all twelve years and this year he had choosen her to give her his old skin. Thin scales covered it and it was nearly sheer. She was impressed. 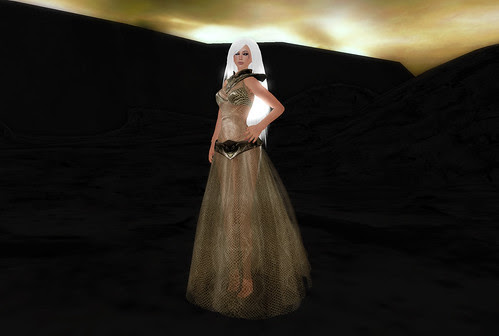 Even more when she realized how stable it was. It was the perfect material for a dress which would be stunning but at the same time more protecting than a thick armor made of metal. She needed some time to make a fitting belt and a collar out of a meteorite. But at the end the dress was perfect. The dragon was content when seeing it. He was a very good and useful friend. And one virgin a year in exchange for his friendship was not a too high price in her opinion. 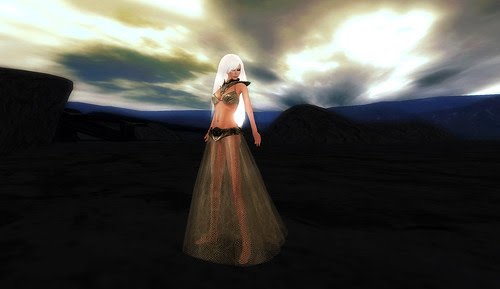 The dragonskin gown is one of the latest releases from Adam n Eve. As typical for outfits from this store it is possible to wear it in many ways. The set includes two kinds of skirts a wide and a narrow one. The bra comes either as full bra or with one side of it pulled down so that one breast is not covered. It is also possible to wear the top, which looks like waves made of scales, to wear without the bra under it. The pants which are worn under the skirt come in a long and in a panties version. All systemparts come on all layers. And it was easy to make the skirt fit even my not so tall avatar. The dress is available in several colours and it is also possible to buy all those colours at once in a fatpack. The skin I used for the pictures also comes from Adam n Eve it is the Victoria Skin in sunkissed. I love the elegance of the face of this skin. The shading of the body and the face is perfect. The skin comes with many makeups, eyebrows and pubic hair options on the tattooo layer and includes also several manicure and pedicure options on the glove and the sock layer. The makeup on the picture is not included in the skin but one of my favourite makeups. It also comes from Adam n Eve and looks like there would be little flowers painted around the eyes. 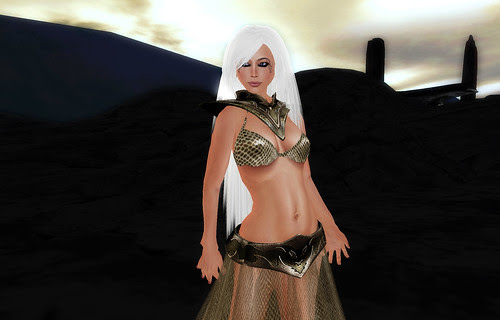 The pictures have been taken at Thinis.
Posted by Dagmar Haiku at 3:12 AM