Jewellery for the Elite

Two weeks ago A:S:S released really great jewellery (i even learned to spell jewellery because of that. Sorry i have spelled it all the time wrong). Its accessoiry which is a bit darker. But extremly well made and pretty.

The butterfly necklace is not symetric what i normaly would dislike. But its tricky to controll butterflys somehow they are unwilling to learn to sit in a symetric way. To make it short i like it. 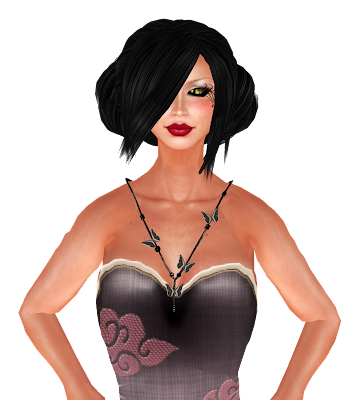 The big black disks of this necklace fit well to a simple dress. If they would be less elegant they would easily remind on the 70ties but they do not. Which is a good thing in my opinion. There are fitting earrings available. By the way the hair on that picture is a gift from a lucky board. I have been in the store some days ago and its still possible to win it. 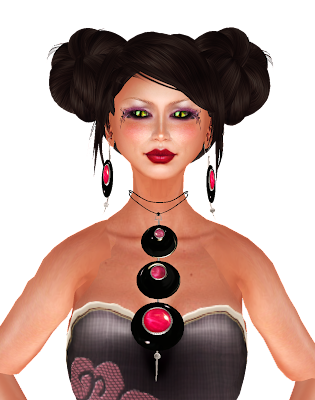 This necklace is my favourite piece of the a:s:s deluxe collection. It is dark, elegant and hurts. Being tucked into the skin and not wrapped around the neck it forces the one who wears it to bleed a bit. But its just worth the pain. The blood for the skin comes on all layers and the necklace has as all the others a resizescript. I love the picture on the gems. 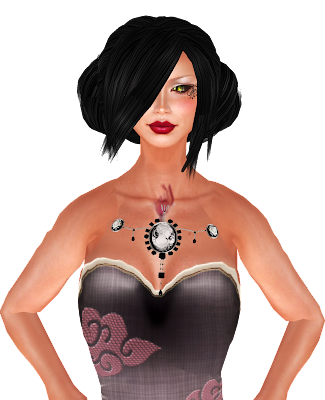 The top which is seeable on all those pictures comes from Lika Ruby. Its the top of a dress i blogged ages ago.
Posted by Dagmar Haiku at 8:33 AM